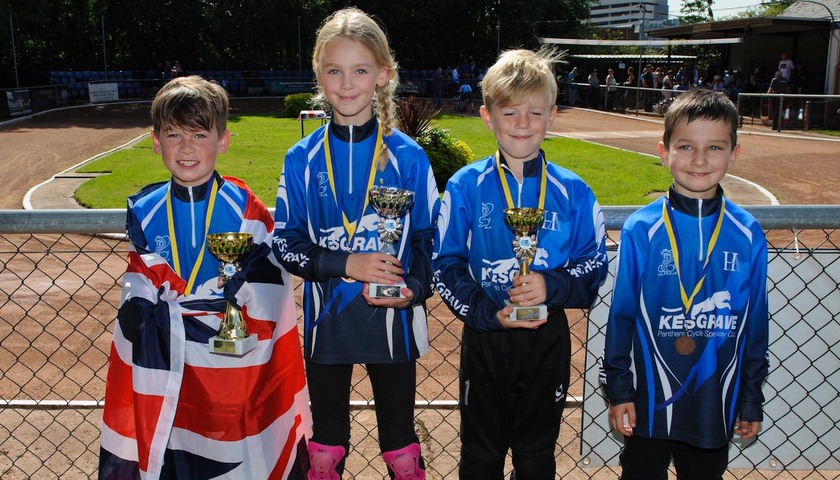 The British Cycle Speedway Championships were held over the August bank holiday weekend at Leicester, Birmingham and Wolverhampton. Kesgrave has an enviable history of producing talented youngsters and a strong contingent of 13 Panthers made the long trip to the Midlands with two returning as champions.

Luca Woodhouse and teammate Oliver Edmunds dominated the U8 category with Luca victorious and being crowned champion. This was the first time Oliver had raced at a national event and he did exceptionally well to finish as runner-up. A special mention should also go to six-year-old Charlie Spurgeon who rode brilliantly to finish in a creditable fifth place.

Seven-year-old Lily Parr gave a typically solid performance in the U10 Girls category, belying her age to finish on the podium in third place.

Last year’s U10 British Champion, Noah Woodhouse, produced another superb performance, this time in the U12 category, finishing as runner-up.

Hot favourite Lewis Brinkhoff did not disappoint with a masterful display of powerful riding to win the British U14 title.

Also representing the Kesgrave club were Ben Harvey, James Porter, Torsten Jolly, Charlie Beeton, Oliver Baker, Charlie Parr and Ryker Jolly who can all be proud of their performances.