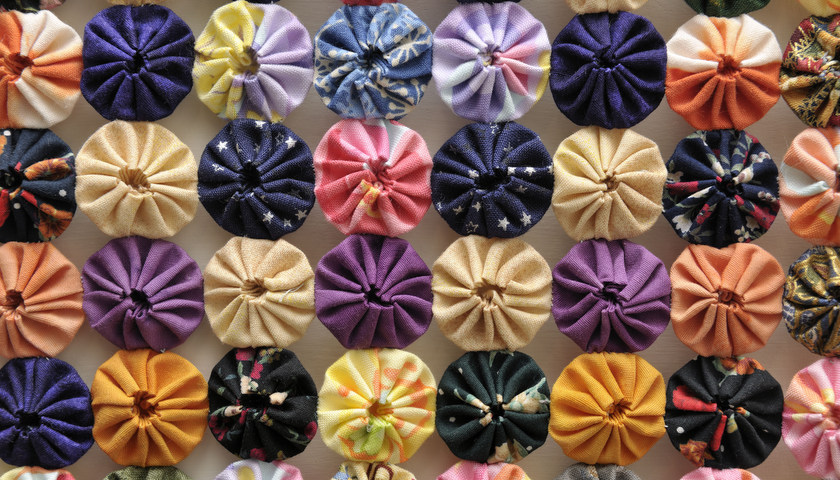 They are looking for individuals, community groups and schools to help set a record for the Longest Suffolk Puff Caterpillar at the Museum of East Anglian Life. Using circles of fabric, a simple running stitch, you can get involved right now by making and submitting Suffolk Puffs to be included in our great big caterpillar on Monday 23rd October.

“A Suffolk puff or Yo-yo is a circle of material gathered in on itself to form a smaller, double thickness, puffy circle. They were particularly popular with sewers in the 1920s and 30s when they could be joined together at the edges to make quilts.”

This activity, supported by the Big Lottery Fund’s Celebrate programme, is part of the museum’s 50th anniversary celebrations, marking its original opening in 1967. They have already worked with local Embroiderers Guild groups to create Fabric, Fields and French Knots, an exhibition of new textile works displayed across their site, that celebrates East Anglia in stitch.

Their longest Suffolk Puff Caterpillar attempt will allow anyone and everyone to get involved with the sewing theme, as well as being part of their spectacularly Suffolk Guinness World Record attempt.

Thank You From Deben Road