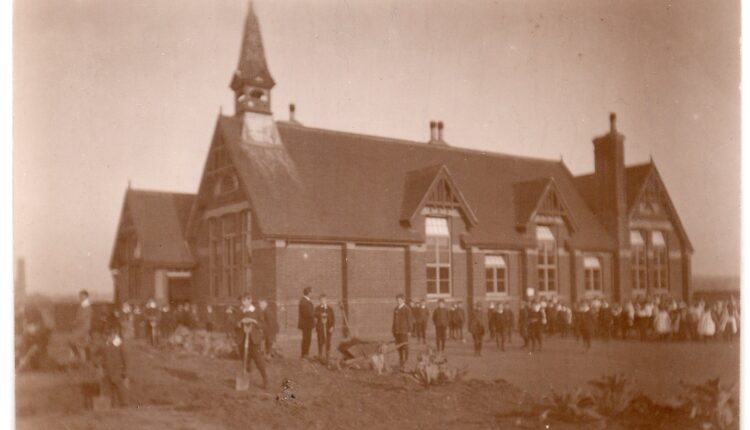 We will not resume our normal opening times until 2021. However, if anyone is especially keen to visit this year, we are willing to open by appointment only. If you would like to do this please email [email protected] for details.

Gardening was an important part of the school curriculum in the early decades of the 20th century. We know that Mr Buckley, the headmaster of Woolpit School from circa 1890 until 1924, was an especially keen gardener and there are many references to gardening in the school log book.

This entry from 4th March 1915, “More rain has fallen since Monday; consequently we are still unable to do the planting,” is typical of many bewailing poor weather, while another, from 16th August 1916, “As there was so much to do in the garden I took the boys for an extra double session today”, illustrates his enthusiasm for the subject. In November of the same year he wrote, “Owing to the great shortage of labour we cannot get the manure for the garden brought up so I am going this morning to fill and fetch a load”.

An article published in the Bury Free Press of Saturday 7th April 1917, describes how an area of 17 square poles was divided into six plots and worked intensively by the pupils. Vegetables and fruit were grown following a definite system of rotation and the produce was sold to local greengrocers. The pupils not only did the physical work involved, but also had to keep accounts of receipts and expenses and record the profitability of each crop. Figures quoted by the newspaper show onions, spring cabbages and peas yielded the most profit in 1916.

This month’s photograph dates from around this time as the man addressing the pupils is Mr Buckley. It seems to be all boys who are doing the hard physical work in the garden behind him and they all look to be remarkably smartly dressed for such dirty work!

Oktoberfest At The Mill – Where It’s All Happening