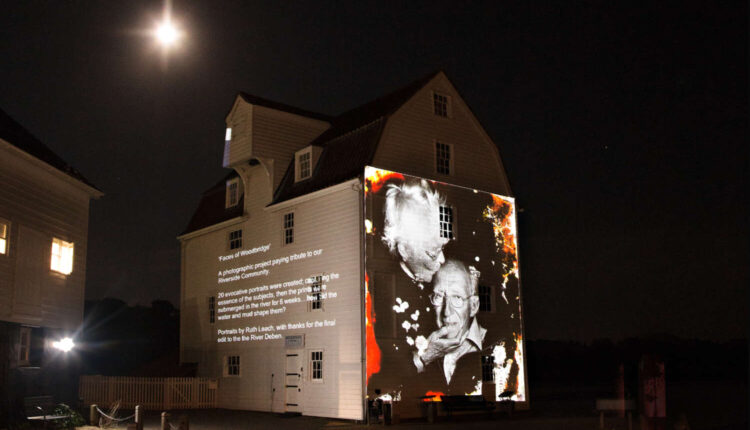 In the run up to this weekend’s national protest against river pollution, Woodbridge Festival of Art and Music has launched its summer programme with art projections highlighting pollution.

The event highlighted pollution levels in the river, recently revealed in a survey by Woodbridge Town Council and University of Suffolk. Councillor Eamonn O’Nolan says three out of 13 sites they tested along the Deben were “significantly” below the Government’s pollution standards.

Ruth Leach’s pictures had been exposed to river water over several weeks as part of the artistic process. This caused a decay in the photographs, which is captured in the projected images.

As well as presenting international live music acts and DJs, Woodbridge Festival of Art and Music has an active environmental area and regularly runs schools and workshops on the environment.

The pictures include an image of Dan Tarrant-Willis, the miller at the iconic Woodbridge Tide Mill.

Line ups and more events to be announced.