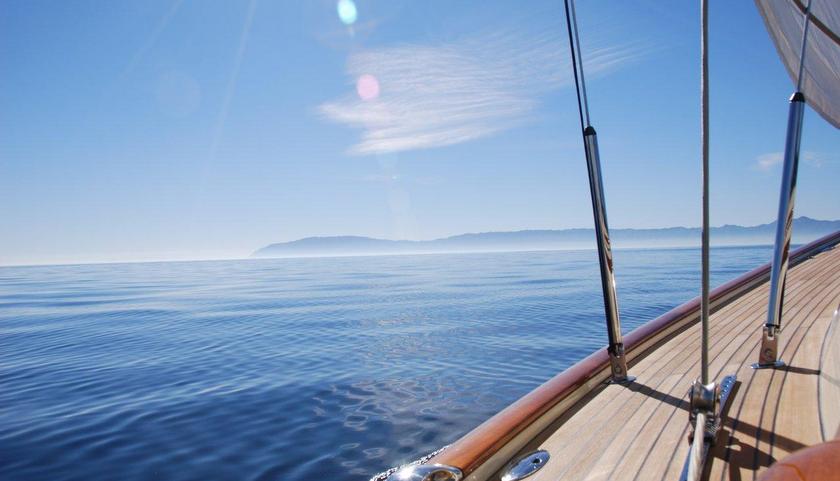 In mid July, a small fleet of boats took part in a cruise to London organised by Liz & John Mills. After anchoring for a night in Stangate Creek off the Medway, they caught the tide up the Thames through the iconic Barrier and past the Greenwich Meridian, to spend 3 days in the western hemisphere, at Limehouse basin.

From here transport links are good and full advantage was taken to visit the attractions of the capital. But there were also one or two running repairs needed and one Norfolk sailor tried to emulate another Norfolk sailor, Lord Nelson, by climbing to the top of his mast but he found the pigeons too much to contend with and soon returned to ground level.

Windy weather on the return journey caused some changes in the planned itinerary but all got home safely and the trip was declared a great success.

It is always the weather that has the final say and makes sailing such an unpredictable pastime but it also gives opportunities to explore places one might otherwise neglect. Neville and Sally Pearce spent so much time sheltering in Dunkerque they probably appear as extras in the film.

But Stephen and Sarah Lines, along with 9 other boats, enjoyed some good sailing conditions on their cruise to Lowestoft which included a tour of Adnams Brewery and dinner at the Royal Norfolk & Suffolk Yacht Club – although not necessarily in that order.

They were struck by a spectacular thunderstorm whilst in Southwold harbour but miraculously were able to take shelter in the local pub along with a dutch sailor who was on his way to the Butt & Oyster at Pin Mill, via as many other East Anglian pubs as he could manage.

Regatta Day in July brought crowds to the Riverside and the club opened its doors to the public who took full advantage and drank the bar dry as well as munching through a mountain of cakes and sandwiches. The doors will be opened again for Woodbridge Maritime on 9th & 10th September and extra supplies have been ordered!

Woodbridge Cruising Club promotes sailing locally and further afield and has seen quite an influx of new members over the last year, and it was good that so many of them have been able to take part in the organised cruises, which are open to both sailing and motor boats.

The club is an RYA ‘Recognised’ teaching centre and will be running training courses over 3 weekends, next February and March leading to RYA qualifications. Enrollment will be available at the clubhouse, on Thursday September 14th at 7pm,