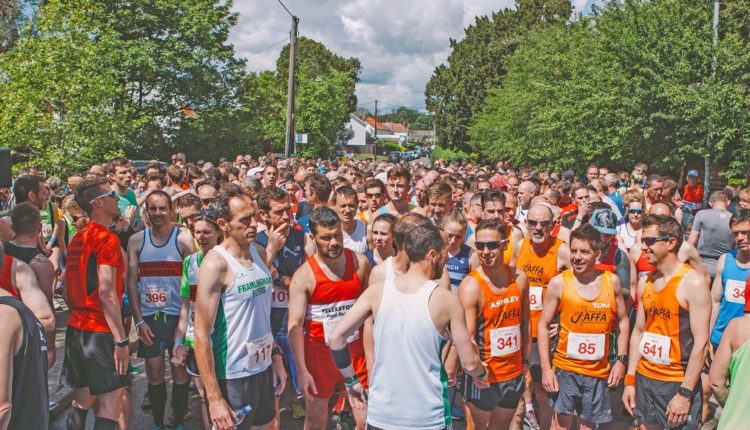 The 39th annual Woodbridge Round-the-Town charity races will be held on Sunday 17 May at noon.

The races, which follow an undulating course through the streets of Woodbridge, include a 10K race for seniors and a 1.5K race for juniors. Every year, the races raise thousands of pounds for charity, with a record-breaking £12,000 raised in 2019 alone.

Registration for this year’s race will open in March, with the date to be confirmed well in advance via the Woodbridge Shufflers website and the Woodbridge 10K Facebook page.

Both races are expected to sell out in under an hour so runners are advised to enter as close to the opening of the registration as possible.

“We’re expecting the races to be as popular as ever this year,” said race director Dave Alley. “To enable as many runners as possible to get a place, we have entrusted race roster to handle this year’s entries. Of course, there’s no guarantee that everyone will get a place, but we hope that this platform will prove capable of handling the numbers of entries that we expect.

“To make things a little easier, we are planning to operate a transfer system this year, allowing runners who gain a place and are then unable to run to swap with someone else. We think this will prove a popular update to our rule book.”

While the route remains unchanged, this year marks a landmark in the history of the Woodbridge Shufflers, whose club members organise the event entirely on a volunteer basis. As well as being the 40th year since the club’s formation, 2020 will see members of the club’s newly formed junior division take to the streets in their Woodbridge Shufflers vests.

The level of support from local businesses has once again been phenomenal. To date, 20 companies have signed up – a complete list of sponsors can be viewed on the Woodbridge Shufflers website.

If your company would like to be considered as a sponsor for next year’s race, please email: [email protected]

For details of the route, plus planned road closures and race transfer information as it becomes available, please visit the FAQ section at: www.woodbridgeshufflers.org.uk/our-races/woodbridge-10k