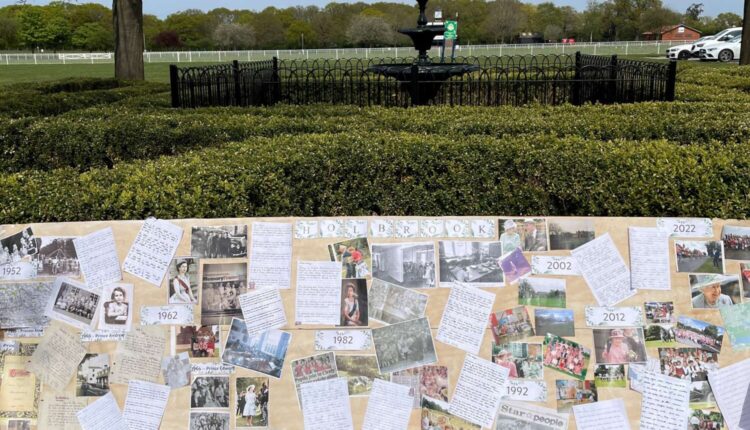 Suffolk primary school pupils have taken a trip back in time to create time capsules showing the history of their school and community over the past 70 years to celebrate The Queen’s Platinum Jubilee.

The competition, jointly run by Suffolk Archives and Suffolk Agricultural Association, received entries from Key Stage Two pupils across the county with Holbrook Primary School being judged as the winners.

“Congratulations to Holbrook Primary School on being judged the winners of the Platinum Jubilee Time Capsule competition. This has been a great way for schools to engage with their own history, as well as their local community, as well as celebrate The Queen’s Platinum Jubilee and the Festival of Suffolk.

“Time capsule entries were received from all across the county, and we look forward to welcoming the pupils from Holbrook Primary School to The Hold to research and learn about their local area in the archives, as well as safely storing their winning time capsule in our archives for future generations.”

The competition was judged by The Lord Lieutenant of Suffolk, Clare, Countess of Euston, Kate Chantry – Strategic Manager of Suffolk Archives, and David Barker, Suffolk Agricultural Association’s President of the 2022 Suffolk Show.

They praised Holbrook Primary School for capturing the major milestones in the life of The Queen, whilst skilfully linking and interweaving them with the life and changes happening in Holbrook and at the school.

“The judges would like to thank all the schools that took part in this competition.  We greatly enjoyed seeing the results of the children’s research and understanding of the history of their local area and school catchment and how these link to the broader changes seen during HM The Queen’s reign.  They all brought a different perspective to the development of their time capsule, in particular where the children had used their own wording making it challenging to choose an overall winner.”

The winning entry from Holbrook Primary School was a joint entry from the Year 3 and 4 classes.

“We really wanted to capture the real essence of Holbrook over the Queen’s reign and emphasise the amazing changes the village has seen. The children were inspired to write in role producing exciting diary entries of what school would have been like during the different time periods – they especially enjoyed writing about the punishments people received.

“We were over the moon to see the timeline come to life and depict key moments in Holbrook Primary School’s history, a real treasure to share with our classes!”

“We were very lucky that the children had so many pictures and old school reports etc that showed the history of the school throughout the time of the queen’s reign over the past 70 years. A special mention has to be made to Mrs Rose, who attended Holbrook Primary School as a pupil many years ago and who has been volunteering at the school (she listens to children read even now) for many years. She brought in the majority of the pictures/reports etc which really helped to bring the timeline to life.”

The winning time capsules will be showcased at the School Farm and Country Fair at Trinity Park on Thursday 28 April, as well as at the Suffolk Show’s “Suffolk – The Platinum Years” display area, which will also feature a recreation of a 1952 classroom.

The competition was partly funded by The National Lottery Heritage Fund, as part of Suffolk Archives’ engagement projects with communities across Suffolk.