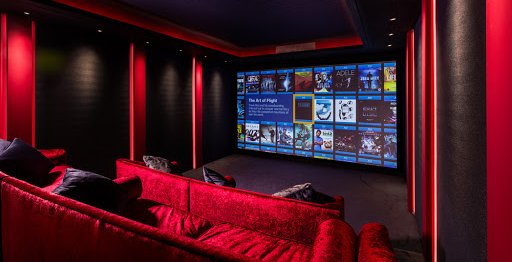 Where to Find Theatre Online…

With theatres and venues remaining shut for a while yet, theatres and theatre companies are continuously working to keep theatre alive online. I’m finding the online schedule harder to manage than my usual stagey calendar at times! However, I love and appreciate this rare opportunity to see shows I missed, simply would never have been able to see or to digitally revisit some of my favourites. Hopefully this article will help you identify some platforms or news you may have missed.

The big players from the West End include the National Theatre, who kindly gives us a new release every Thursday at 7pm, available for a week on YouTube. Shows have included One Man Two Guvnors, Frankenstein, and more. Similarly, Andrew Lloyd Webber presents The Show Must Go On, which also gives us a new release every Friday at 7pm, available for 48 hours (Note: some are only 24 hours in the UK due to rights issues) on YouTube. Releases have included Cats, Jesus Christ Superstar and Phantom of the Opera.

In terms of Off-West End, the Southwark Playhouse have put four plays onto their website, to stream for free, and the Royal Court Theatre have put their archive play of Cypress Avenue on YouTube for free until 31 May. While the Globe Theatre kindly present a new show every two weeks for free on YouTube.

Outside of London, the Chichester Festival Theatre releases vary, most are available for a month on their website. The Midnight Gang (based on the David Walliams novel) is their most recent release, with more to come. Launching at the end of May, the Bristol Old Vic is starting a free digital platform on their website for one week only and will be sharing Messiah, A Monster Calls and The Grinning Man in their trail launch.

Locally, The Mercury Theatre in Colchester has launched a new digital platform, Mercury Theatre Online, for all ages with a range of activities available. From shows, to stories, to singalongs and masterclasses, their website is a hub of activity that definitely has something for everyone.

Arts Streaming Services have also become a hub for sharing theatre. For theatre specifically, Marquee.TV features shows from the Royal Opera House, RSC, Glyndebourne, The Bolshoi and more. The streaming platform costs £8.99 a month (or an annual payment option) with a free trial period. Digital Theatre spans a wide range of musicals, plays, dance shows, music concerts and more. Including Into The Woods (Regents Park Open Air Theatre), Funny Girl (with Sheridan Smith), along with productions from the Young Vic, Old Vic, RSC, English Touring Theatre and many more. Subscription fee is £9.99 a month. BroadwayHD includes a vast array of shows from the West End and Broadway, such as 42nd Street, Kinky Boots, American in Paris and many more. It costs just over $10 a month, which is around £8-9, but you get a free trial for a week. BBC iPlayer (which is free for BBC/TV License holders) has a whole host of Shakespeare plays from the Royal Shakespeare Company, Shakespeare’s Globe theatre and the Royal Opera House. Check out Culture in Quarantine: Shakespeare.

Other Streaming Services: Most of these may be better associated with film/TV however you might be surprised by what great musicals you can find. Disney Plus features some great musical movies, and even includes Newsies – The Broadway Musical (filmed live), and it will be premiering the iconic Hamilton the Musical (filmed on Broadway with the original cast in 2016) from 3rd July. Subscription fee is £5.99 a month, with a free trial for a week. Netflix can provide you with a great fix of classic musical movies – currently their site has Funny Girl, Annie, West Side Story and Wizard of Oz to name but a few. While the films may not be the same as the live shows, it sometimes just provides us with the magical moment we need. Subscription plans vary, but you can also get a free trial.

And that is just the start! There is a plethora of great theatre content being made available either for free, a small fee, a suggested donation or as part of a subscription. I advise you to follow your favourite theatres or theatre companies on their social media platforms, and keep tabs on their website to stay in the loop and see what they are doing. Enjoy the world of digital theatre!

Nobody Should Feel Guilty…