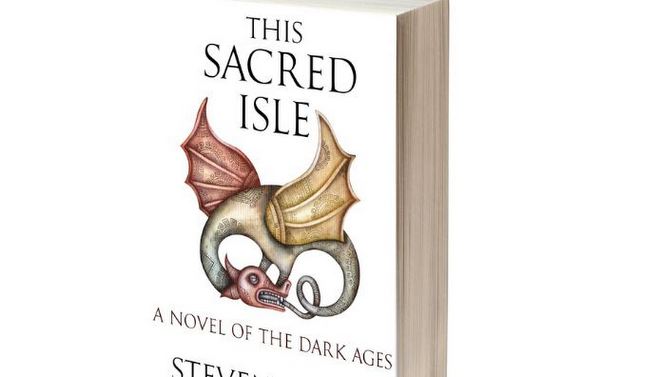 An exciting tale of myth and adventure set in Dark Age Britain has been brought to life by a Stowupland author.

Written and independently published by Steven Smith, This Sacred Isle takes place in East Anglia during the sixth century. After the years of chaos which followed the end of Roman rule in Britain, Anglo-Saxon kingdoms now dominate most of the island, with the native Britons driven out or enslaved in their own lands. But rumours whisper that Merlin the Sorcerer has returned to unite the Britons and defeat their hated enemy.

Meanwhile, 14-year-old Morcar daydreams of battles and heroic deeds. However, when his home village is attacked, Morcar is forced to venture into the wild – and there he must confront the danger that threatens to destroy his people.

“It has taken over two years to research and write This Sacred Isle,” explained Steven. “I wanted to write a novel inspired by the history, legends and landscape of East Anglia. I hope readers find both the setting and the story compelling.”

This Sacred Isle is available in both paperback and e-book format. To find out more visit: www.stevensmithauthor.com.