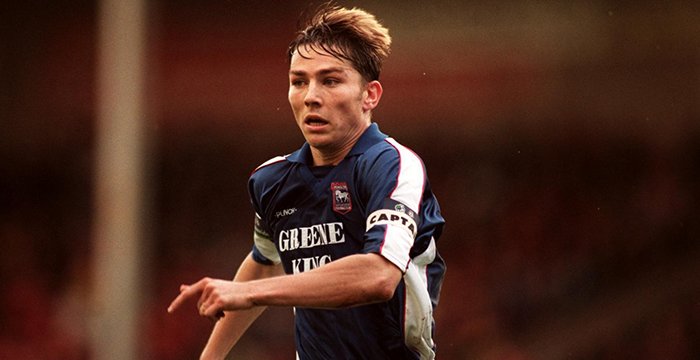 Theatre Royal Bury St Edmunds is pleased to announce details of the first fundraiser event of 2019, An Evening With the Ipswich Town Football Club Legends – Bryan Hamilton, Terry Butcher and Matt Holland will present an unmissable evening of stories and anecdotes about the club and their careers (Thu 17 Jan, 7.30pm).

Bryan Hamilton, who spent five years with Ipswich Town Football Club and made over 150 appearances for the team, will host the evening. Bryan also gained 50 caps for Northern Ireland between 1969 and 1980 and later went on to manage the national team for four years between 1994 and 1998. This event will be his fourth visit to Theatre Royal Bury St Edmunds, having previously hosted the events in 2017, 2015 and 2014.

Terry Butcher is also returning to the theatre for the second time, he played for Ipswich Town for ten years 1976-1986 making over 270 appearances. Terry also played for England’s national team 1980-1990, made 77 appearances and is ever-etched in football folklore for his unforgettable blood-covered performance in a World Cup qualifier in 1989.

Appearing here for the first time is Matt Holland, now a BBC commentator, during his six years at Ipswich Town he captained the club into the Premier League by winning the First Division play-offs in 2000, and to a fifth-place finish and qualification for the UEFA Cup in their first season in the Premier League in 2001. He also represented the Republic of Ireland from 1999 to 2006, earning 49 caps and scoring 5 goals. Speaking ahead of his visit, Matt said “I am delighted to be coming to Theatre Royal Bury St Edmunds to help raise money for this unique theatre, by sharing stories about the club and football in general – the evening is bound to bring much laughter (and maybe some tears…)!”

The evening – in the company of ITFC’s best-loved players – promises to be lively and entertaining, taking us on a nostalgic journey and then back up to date. There are now limited tickets remaining for this event, which is a fundraiser for Theatre Royal Bury St Edmunds (Registered Charity Number 242977). Funds raised will go towards supporting the valuable work Theatre Royal does in local communities, as well as ensuring the theatre itself can continue to operate year-round with its exciting lineup of shows and in-house productions.

An Evening with the Ipswich Town Football Club Legends is at the Theatre Royal Bury St Edmunds on Thursday 17 Jan, 7.30pm.

Tickets are on sale at the Box Office, call 01284 769505, book online at www.theatreroyal.org/shows/an-evening-with-ipswich-town-football-club-legends-2/ or visit the theatre in person.