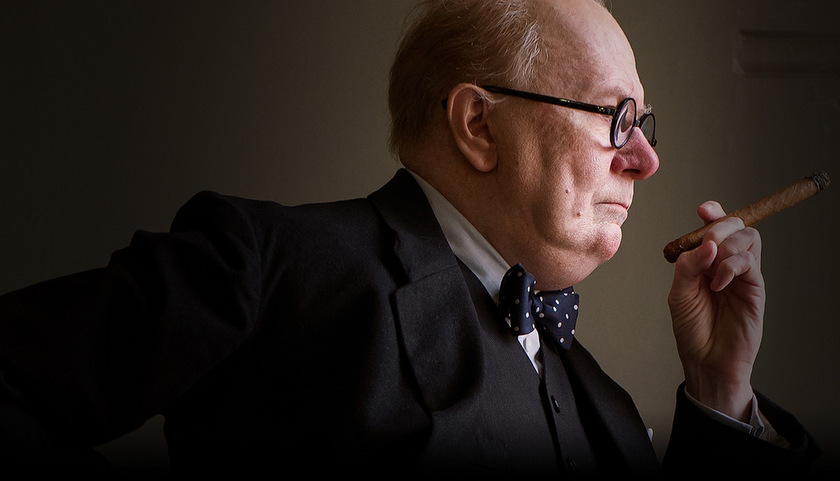 The Regal In February

We are now well into the 2018 movie awards season, kicking off last month with the black dresses worn at the Golden Globes. The BAFTAs are on Sunday 18th February and the Oscars are held at Hollywood’s Dolby Theatre on Sunday 4th March.

The Regal are pleased to be showing most of the big awards contenders this month, with The Shape of Water, I Tonya and Lady Bird still to look forward to in March.

Darkest Hour: historic drama starring Gary Oldman and Kristin Scott Thomas. Nominated for nine BAFTA Awards, during the early days of the Second World War, the fate of Western Europe hangs on the newly-appointed British Prime Minister Winston Churchill, who must decide whether to negotiate with Hitler or fight on against incredible odds.

Three Billboards outside Ebbing, Missouri: drama starring Frances McDormand and Sam Rockwell. Nominated for nine BAFTA Awards, a mother personally challenges the local authorities to solve her daughter’s murder when they fail to catch the culprit.

The Post: drama starring Meryl Streep, Tom Hanks and Sarah Paulson. Nominated for six Golden Globes, a cover-up that spanned four US Presidents pushed the country’s first female newspaper publisher and a hard-driving editor to join an unprecedented battle between journalist and government.

Hostiles: western starring Rosamund Pike and Christian Bale. In 1892, a legendary Army captain reluctantly agrees to escort a Cheyenne chief and his family through dangerous territory.

Downsizing: comedy starring Matt Damon, Christoph Waltz and Kristin Wiig. Nominated for one Golden Globe, a social satire in which a man realises he would have a better life if he were to shrink himself to five inches tall, allowing him to live in wealth and splendour.

Early Man: animated family comedy voiced by Tom Hiddleston, Timothy Spall and Eddie Redmayne. New from Aardman, the makers of Wallace and Gromit and Chicken Run, set at the dawn of time, when prehistoric creatures and woolly mammoths roamed the earth, tells the story of Dug, along with sidekick Hognob as they unite his tribe against a mighty enemy Lord Nooth and his Bronze Age City to save their home.

Coco: animated family adventure voiced by Anthony Gonzalez and Benjamin Bratt. Nominated for two Golden Globes, from the makers of Toy Story, Monsters Inc and Finding Nemo. Aspiring musician Miguel, confronted with his family’s ancestral ban on music, enters the Land of the Dead to find his great-great-grandfather, a legendary singer.

On Thursday 22nd February, they have a recorded live screening of Cat on a Hot Tin Roof from the National Theatre, starring Jack O’Connell and Sienna Miller.