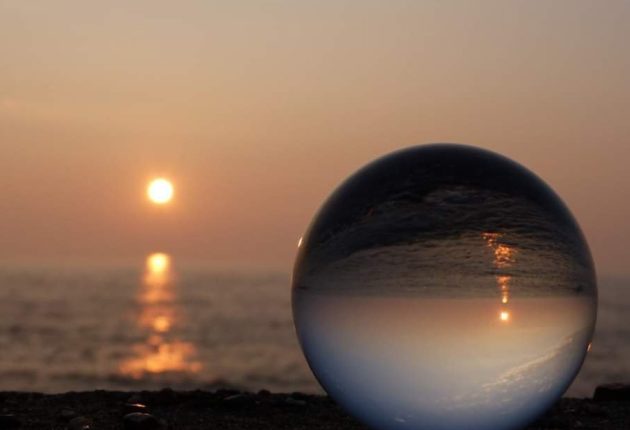 The Ness, the UK’s most easterly park and Lowestoft Photographic Club, are pleased to announce the winners of the Rise & Shine a photography competition. The competition has been running since May and has seen some fantastic images on the subject of Rise & Shine, they can all be seen on The Ness Facebook page where the photos were judged by the most likes.

First prize goes to Joshua Freemantle, Second Prize to Jenifer Everett-Day, and Third Prize to Andrew Lees for his photo, ’A window of Opportunities and New Beginnings’.

Joshua is a local photographer, from Kessingland, and is 16 years old. ‘It was great to see that finally a pretty significant photography competition had been created in Lowestoft, as I’ve been wanting to enter one for ages. So it was great to finally have one to enter and to share my photos of our beautiful town that is Lowestoft. To be announced as the winner of the competition is a great honour! Out of the many photos I take of Lowestoft, this one of the beach huts called ‘Seaside Paradise on the Sunrise Coast’ has been my favourite for a considerable amount of time now and I’m glad other people like it too because it really showcases that stretch of our beach!’

Jenifer was born and raised in Lowestoft and has lived in the town for 32 years. ‘I’ve always enjoyed taking photos but photography became more of a passion/hobby in February this year when I was gifted a camera for my birthday from my parents. Inspiration struck the morning of the 18th April 2019. I woke early and raced down to Ness Point to try to capture the sunrise. I was not disappointed! I was the only soul around. The atmosphere and weather was perfect. I took several shots including using the glass orb that my best friend had bought for me as a gift to enhance my photos. I positioned everything so the composition was spot on and waited for the magic to happen. Placing 2nd means so much to me, having never had my photography in an exhibition is all very exciting. I entered the competition on a whim, not expecting to get anywhere but thought my photo ‘A Lowestoft Sunrise Caught in Glass’ captured the beauty of the most easterly point in Britain perfectly.’

Andrew Lees is new to photography and only took up the hobby 2 years ago after moving to the area, ‘My partner brought me a camera to help me cope with the severe depression and anxieties that I have suffered with for the last 30 years. I like to spend at least 5 minutes of every day on the beach as it helps me to relax and sets me up for the daily struggles I face within myself. My partner, Tracy, encouraged me to enter the competition as she believes in me and knew it would be a huge confidence boost for me.

I am overwhelmed with 3rd place, it means a lot to me and I hope it will inspire others with depression and confidence issues to get out there and just try something… you may surprise yourself.’

The winning photos will be shown in an exhibition at Lowestoft Central Parcels Office a new exhibition space at the train station over the Bank Holiday weekend, 23 – 26 August.

Alice Taylor, Mayor of Lowestoft said, ‘We’re thrilled at the high quality of the photographs submitted.  The photographers of Lowestoft have really stepped up to the mark and I’m sure that everyone who attends the exhibition will be impressed with the work and how the artist’s eyes and imagination have captured the best of Lowestoft. I want to give special thanks to the Lowestoft Photographic Club for their hard work managing this competition as part of celebrating the upcoming work on Lowestoft’s newest park The Ness’

The images have been showcased online at the Lowestoft Image Project, a year-long project compiling an archive of contemporary, positive, forward looking images of the town which are available at www.lowestoftimageproject.co.uk. Documenting the people, places and industry which make Lowestoft a unique place with stories to tell, the resource shines a light on a year’s worth of activity in a busy seaside town.

The archive have been made possible with funding from Lowestoft Town Council and the exhibition by the  Coastal Community Fund via East Suffolk Council as part of The Ness park diary of events for 2019.

Free Music Festival On The Cornhill For Bank Holiday Weekend