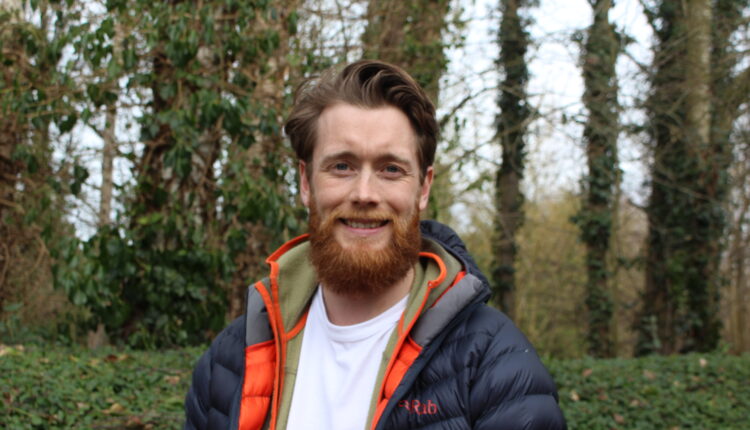 Isabelle leggett sat down with sam Petersen one afternoon to talk about his last six years at The Mix, his new role as Youth Work director, and his “greatest privilege” that is sharing in the feelings, hopes and dreams of young people.

Sam lives in Suffolk with his wife and mostly grew up here. He loves travelling and used to be “unhealthily obsessed” with football: “If we’d had this conversation 15 years ago, we would have had to talk about football.”

As a teen, he described himself as “sporty and confident” on the outside but “insecure”, “shy” and “striving for approval” on the inside. He studied Broadcast Journalism at Leeds but a “conversion of faith” led him to look for something more meaningful and eventually down the path of youth work.

Sam is currently studying part-time at Cambridge University for his MA in Child and Adolescent Psychotherapeutic Counselling.

Sam will be Youth Work Director at The Mix. It will mean “a different kind of responsibility”, overseeing the continued development of The Mix’s youth work strategy and delivery. Sam says youth work needs to grow as a sector and he has a passion to make The Mix the kind of environment for young people and youth workers to grow in, where people feel valued, supported and have the freedom to express their creativity. He is also passionate that The Mix is a place of “fun, laughter and adventure”.

When asked what he likes about The Mix, Sam said, “It does so much good already but has enormous potential”. He says he has spent nearly six years at The Mix because he loves the team and its values fit with his passions and recognise the “intrinsic value of young people”. It is this, he says, that allows The Mix to be creative; young people matter and are celebrated so that they can find their “true value and best future”. Sam describes The Mix as a “magic space” where its values are embodied in the team, who are themselves “a little bit weird, more like a family than a team”.

Sam says young people are the most precious thing in our society and that “being part of their journey is the best adventure”. He loves the feeling of making a difference but recognises that youth work is always a two-way thing: “I genuinely enjoy the relationships I have with young people and learn from them as much as they do from me”. He says there is “no greater privilege” than being let into the fears, hopes and dreams of a young person.

Sam’s grandfather was his biggest role model growing up. As well as being a kind and inspirational role model, he was a photographer for the James Bond movies and took Sam to meet Pierce Brosnan as a child. I was rather surprised when he told me he was an extra in Goldeneye.

I also asked Sam about his most prized possession: house plants. As I hurried to scribble down Sam’s unravelling list – Umbrella Trees, Spider Plants, Cheese Plants, Devil’s Ivy, Ferns, Aloe Vera, English Ivy, String of Pearls – he described indoor gardening as being one of his “greatest achievements” over lockdown. “It’s verging on an obsession,” he says.

Thank you to Isabelle for providing such a wonderful introduction to sam who we wish the very best to in his new role.

Top tips to looking after an allotment!!