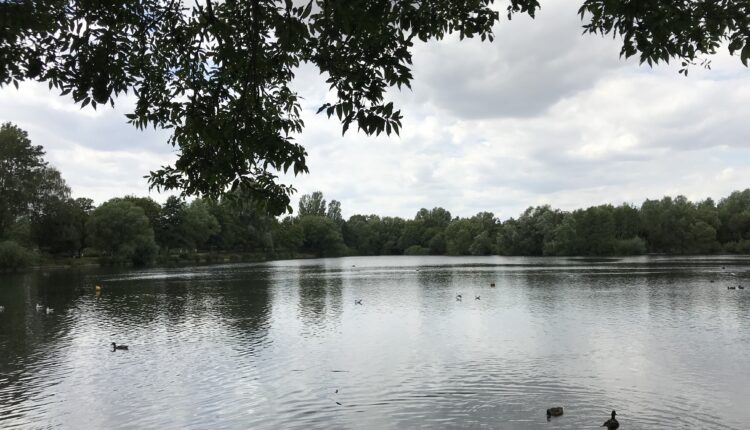 The Magnall Round: A 21 Mile Route

The Magnall Round is a circular walk of 21 miles that starts and finishes at Needham Market Railway Station, created by Derek Magnall. It uses public rights of way, paths, tracks and riverside paths. Passing through the parishes of Barking, Darmsden, Baylham and Great Blakenham, the walk then joins the riverside path of the River Gipping. The walk passes through the rolling countryside of Mid Suffolk, a place which is rarely visited by outsiders, a hidden gem. The walk can be done in one full go, two circular walks of 10 and11 miles or four sections of 4-6 miles allowing use of public transport.

Construction of the Stowmarket Navigation in 1793 enabled the transport of goods between Ipswich and Stowmarket of loads up to 40 tons on lighters (shallow draft barges) pulled by horses. The 18-mile journey took eight hours to complete. The Navigation closed at the beginning of the 20th century. In 1970 The Gipping Trust was formed with a mission to restore the Navigation to its former glory, with work continuing today.

Passing Needham Lake, popular for picnics and watching birdlife, the walk carries on to Creeting St Mary and Creeting St Peter before reaching Badley and Battisford with several churches en route, the small church at Darmsden, a little hamlet with no more than 17 houses and the second smallest District in Suffolk. The route then finishes in Needham Market.

The route’s creator, Derek Magnall has previously written and published eight walks in Lancashire, where he originated, and Yorkshire. The Two Crosses Circuit , Ramsbottom Round and Spanner’s Round are three anytime challenge walks in Lancashire which continue to give pleasure to many walkers today, and that is just to mention three. Derek has lived in Needham Market for the past 18 years and he hopes the Magnall Round will be as popular and give much pleasure to future walkers.

Get Ready For Christmas with the Hearing Care Centre