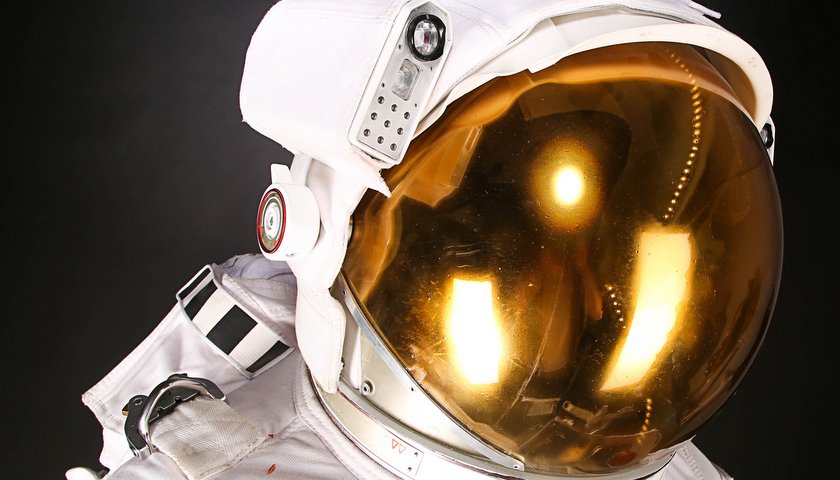 This October, Bury St Edmunds muggles will be beamed up to a Galaxy far, far away to boldly go where no man has gone before as Moyse’s Hall celebrate their 10th Anniversary Sci-Fi and Action Exhibition.

Visitors will be able to see a unique selection of screen-used props and costumes, plus replicas, memorabilia and more, from the likes of Star Wars, Dr Who, Star Trek and even Harry Potter – plus original space race artefacts – from 20 October – 25 November.

This year the highlights will appeal to all film and television fans from Trekkies to Potterheads as Moyse’s Hall team up with Kudos Memorabilia to bring the best of the world of fantasy and fiction to our doorstep.

Amongst the array of brilliant items will be Captain Kirk’s costume from Star Trek III (1984), Romulan uniform and rifle from the acclaimed Star Trek reboot (2009) and Matt Damien’s space suit worn in Ridley Scott’s The Martian (2015). And for those looking to sprinkle a bit of magic can see Professor
Snape’s wand as used by the late great Alan Rickman in the Harry Potter franchise.

These can be seen alongside additional items from Star Wars, Dr Who, Star Trek, high-end prop replicas, toys with a focus on Kenner, artwork, LEGO and memorabilia, plus a BBC production TARDIS console used in varies exhibitions in the 90s.

This special exhibition will launch on Saturday 20 October in a fun-filled launch weekend with a special guest appearance from Star Wars and Game of Thrones actor Julian Glover. As a star of Star Wars: Episode V – The Empire Strikes Back (General Veers), Indiana Jones and the Last Crusade (Walter
Donovan), James Bond: For Your Eyes Only (Kristatos), and Game of Thrones (Grand Maester Pycelle), Julian Glover is no stranger to the world of sci-fi and action and he will be joining the fun for the opening weekend with opportunities for signatures.

Visitors will also have a chance to get their selfies with costumed characters from specialist costume group Vader’s Raiders! Meet Lord Vader, a Stormtrooper, Darth Maul, Chewbacca, Predators and more, plus there will be a Speeder bike display!

As Family Friendly museum of the year 2017 Moyse’s Hall will be celebrating half-term in full sci-fi style with exhibition trails, quizzes, and have-a-goactivities – fun for all the ages! Little and large Star Wars fans alike can enlist in the Empire (Mon 22 & Wed 24 October) or make an Ewok and Ewok spear (Tue
23 October), those sci-fact fans can enjoy a special Kinetic Science workshop (Thur 25 October) and Potterheads can get magical with the ‘Wonderful Wands’ workshop (Fri 26 October) and much much more!

Moyes’s Hall will also be celebrating the fact behind the fiction with amazing original space race artefacts including two NASA manuals (Apollo 11 Flight Plan and Apollo 11 Spacecraft Operational Trajectory) which were also used by as reference material for Star Wars: Episode IV – A New Hope’ (1977).

This adventurous exhibition is spread out across the various galleries in the museum, so that visitors also have an opportunity to see the historical collections housed in this 900 year-old building.
So grab your lightsabre and prepare for a trip to the moon and beyond… The exhibition will be open Monday to Saturday, 10am – 5pm and Sunday, 12pm – 4pm with admission only £5 for adults and £3 for children.