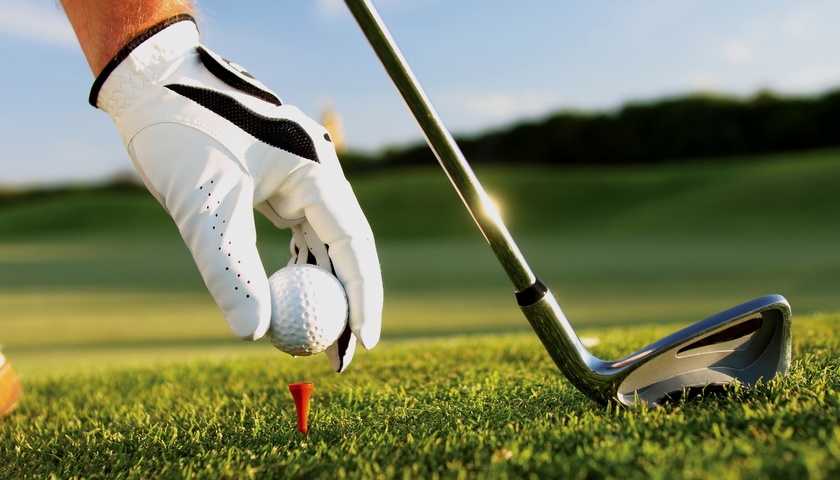 Bucking the recent weather trends, 12 HOGS descended on Seckford Golf Club on a bright and sunny afternoon in August. For the second consecutive year we had tried this alternative ‘package’, 10 holes of golf followed by an evening barbecue.

Feedback had clearly been positive, as partners and friends joined the golfers to make a party of 26. They were playing a ‘Blind Pairs’ competition, but the details were so complex Steve Brock felt it best they crack on with their rounds rather than explain the intricacies and miss their tee-off times.

Three-quarters of the golfers would soon embark on their 13th annual assault on the golf courses of France, although in the back of their minds did they secretly wish not to be so successful that they would incur a cut to their handicap prior to this trip. Some struggled with their swing, to the extent that their 13th member, Rick O’Shea, had joined them.

He’d caused plenty of problems at Dunston Hall and had returned to plague both Alan Farnish and Mike Mann among the trees of the sixth hole. Peter Cleave was unlucky not to hole on his approach on the same hole, striking the pin instead, but was scoring consistently and quietly throughout the round. Tim wasn’t getting the rub of the greens, and having lipped out for the third time was observed checking that his ball wasn’t larger than regulation size.

A minor blip surely as Tim, who has won much silverware (and wine bottles) over the nearly two decades that the HOGS have been established, has the proud boast of never having won the Golden Boot.

Again, neither their captain or vice could make the event, so Steve was again responsible for chairing the prize giving. This made it a particularly busy time for him, as it took him some time to fathom out the winners.

Chris Mann and Peter, born on the first and third respectively, were the winners with a combined score of 43 points closely followed by Mike and Paul Challener with 41. Three pairs tied with 35 points each and the sixth group scored 34. Steve concluded that the best golfers are born in the first half of the month – a brave claim – but subsequent research has shown that six of the world’s top 10, including Rory McIlroy, Ricky Fowler and Sergio Garcia, were all born in the first fortnight of a month.

This is surely conclusive proof if we conveniently ignore that Arnold Palmer, Jack Nicklaus, Tiger Woods and Jordan Spieth were all late in the month babies.

Mike and Paul respectively also won the Longest Drive and Nearest the Pin prizes. Peter was declared the overall individual winner with 24 points, a great performance rewarded with the penalty of two shots from his handicap for France.

Seckford Golf Club is always very accommodating, their staff were most friendly and hospitable ensuring that a good time was had by all. For the record the overall scores were: Peter 24, Paul and Steve 21, Simon and Mike 20, Chris 19, Grahame and Shaun 18, Keith and Alan 17, Tim 15 and Nick 13.