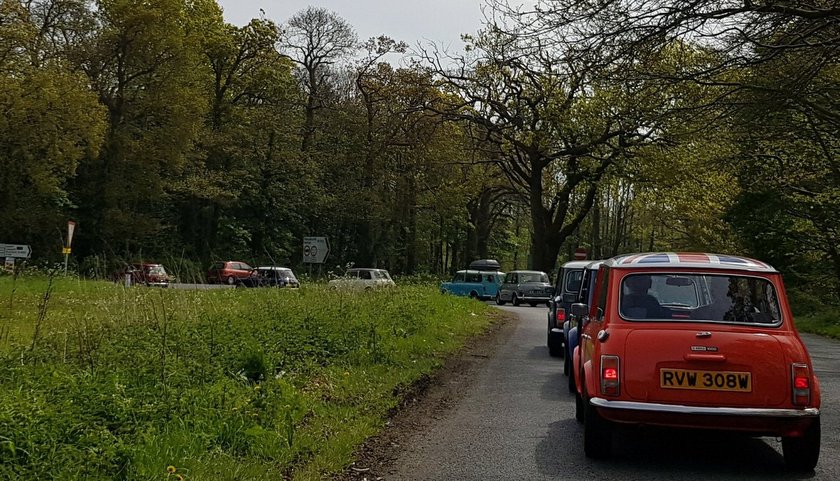 Bumbling Mr Bean will be putting in an appearance alongside hundreds of the iconic British cars at Stonham Barns’ Mini Barn Bash, the county’s first ever show dedicated to minis.

In return for a donation to the Fresh Start, New Beginnings charity which the event is supporting, fans of the Rowan Atkinson character will be able to have their picture taken with Dominic Oliver, from Lowestoft, in full Mr Bean costume alongside a faithful reproduction of the famous green Mini and with Teddy, his best friend.

Visitors will also be able to enter a nationwide, summer-long raffle competition to win a classic mini and there will be prizes for the best in show, best classic Mini and best modern Mini.

The Mini Barn Bash takes place on 2nd and 3rd June. Saturday 2nd is for club members only who will be going to take part in Classics on the Quay at the Ipswich waterfront while Sunday the 3rd is open to the public to come along and enjoy the day.

There will be trade stands, food stands games such as tug of war and a Mini push and hundreds of modern and classic cars to inspect.

Carl George, who organizes the event, said: ‘Minis are an iconic British car, come and see what these fantastic vehicles have had to offer throughout the years.’

The Mini Barn Bash takes place at Stonham Barns (www.stonhambarns.co.uk) on Sunday 3 June. Tickets are available on the gate and cost £7 for adults and £3 for 4-15  year olds.