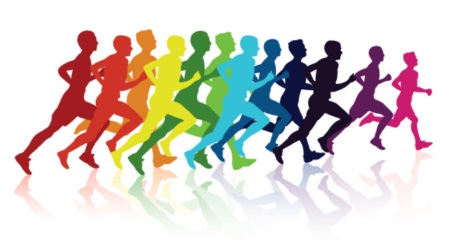 Members of one of Suffolk’s fastest growing running clubs are now able to affiliate to the sport’s governing body. Suffolk Trail Runners which specialises in social and non-competitive off-road running is offering a membership scheme which will mean ‘first claim’ runners are affiliated to England Athletics, part of UK Athletics.

Suffolk Trail Runners was set up by a group of four off-road running enthusiasts in 2015.  Initially members joined via social media and the Facebook group promoting the runs now has more than 1,200 members. Being affiliated to England Athletics means the club will receive support for coaching, insurance for members and resources and training programmes to support the club’s development.

One of the group’s founders, Keith Borrett, said: “Our aim was to start a friendly club that was open to all, regardless of whatever pace they run at – or even if they have never run before.  As trail runners we choose off-road routes, usually starting from a pub or café so that the runners get to see some beautiful parts of the Suffolk countryside and can enjoy a social element with something to eat and drink afterwards.

When we set up the group we never expected it to grow as it has done and to have achieved so much in a relatively short time. However, although we are now more than just a Facebook group we will not be turning away from the ethos that the group was founded on.  We want to be the running club for people who might previously have felt intimidated at joining a club, or believed they had to be of a particular standard. Like parkrun events, our runs are not races and above all they are for fun.”

Suffolk Trail Runners has already developed a distinctive green club kit which members who choose to compete are wearing at trail and road races around the region. Membership of England Athletics through an affiliated club also gives reduced cost entry to many races.

In the summer the club hosts weekly runs in rural villages on Wednesday evenings as well as occasional weekend events. During the winter, runs are organised at weekends. There is also a year-round Thursday night social run from Stowmarket. Participants are given a written description of the route and most run in small groups with those who haven’t tried trail running before welcome to join some of the more experienced runners. The runs are usually about six miles long and walkers are more than welcome to take part as well. Often there is a shorter version of the route too.

Keith added: “A lot of those coming on our runs are seeing footpaths and bridleways that they’ve never been on before even when they are local – and some real hidden gems of the countryside. The pubs that we’ve met at have all been extremely welcoming and we look forward to working with some of the same venues as well as new ones during the rest of the summer.”