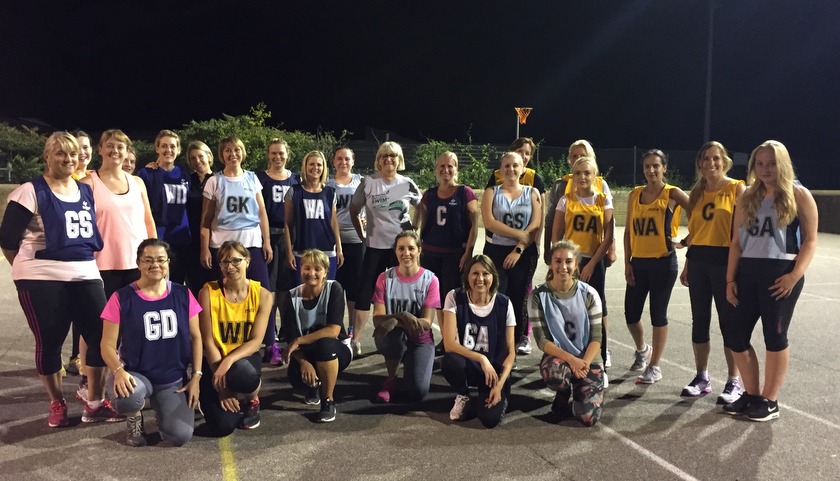 Suffolk Rockets Netball Club is a brand new netball club offering netball to girls in School Years 6-8 and ‘Back to Netball’ (B2N) sessions for adults 16yrs+. The club has been running since August and has already attracted 25 adults to the B2N sessions ranging in age from 16 to 69 years.

B2N offers adults a chance to get back into netball in a non-competitive, fun and welcoming environment. Netball is great for fitness and socialising, as well as general health and wellbeing. B2N is for any standard of player, most members hadn’t played for 20-30 years.

Our junior club offers training to School Years 6-8 as well as competitive league netball for Year 7 girls. They have already had a great response for the juniors with many girls already signed up for the season.

A big thank-you to Councillor Mick Fraser, who has supported the junior club by awarding them £400 from his Locality Budget towards new netball kit. The kit will be worn at league matches and tournaments. Mick visited the junior girls on Wednesday 13th September and spoke to them about why the project was important for him to support.

They are always welcoming new members either to the juniors or B2N sessions. They are also looking for enthusiastic individuals, who would like to join the coaching and umpiring side of the club.