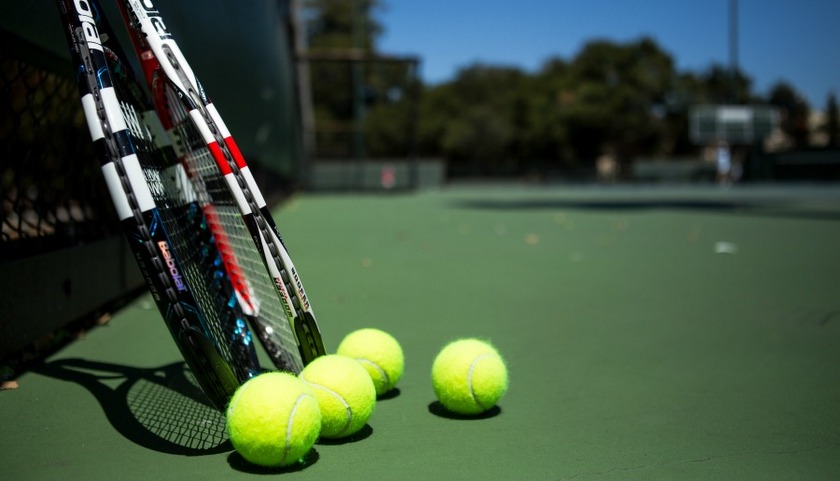 It’s been a very busy time at the club lately, as is usual for this time of year. The team matches are coming to the end of their schedule, usually around the end of July, and internal tournament matches are also being contested. It’s no surprise that with Wimbledon all over the TV we see more people coming down to emulate their heroes.

The draw for SW19 is still wide open with four British players reaching the third round for the first time in 30 years. Hopefully this great start can be converted into presence in the second week, but it will be tough. Andy Murray seems to be coping with the sore hip that has plagued him for the last couple of weeks and Johanna Konta certainly looks to have the firepower and determination to reach the final. As Chris Cunningham writes this, they’re just approaching the middle weekend so there’s a fair amount of gazing into the crystal ball for this.

On Sunday 9th July, we held our annual open day down at the courts. Lots of people were involved, welcoming new faces looking for a chance to hit some balls and generally find out a bit more about the club. They were offering a chunky discount for brand new members who were enticed by the sights at Wimbledon and want to try this fantastic sport for themselves.

If you couldn’t make it to the club on the day, you can still come along to any of the coaching sessions to ‘test the water’. They welcome new members all through the year, particularly as they have an indoor facility through the winter months.

Tennis is a sport that stays with you for life and can give real benefits to your physical and mental wellbeing. Improved strength, stamina, flexibility, agility and decision making are just some of the areas known to improve or to become sharper when participating in a fast, dynamic sport such as this. There are also the huge social benefits of making new friends, travelling to new clubs for matches and the ability to let off some steam after a hard day at work.

If you’d like to know more then get in touch and they’ll get you started.

The Museum of East Anglian Life