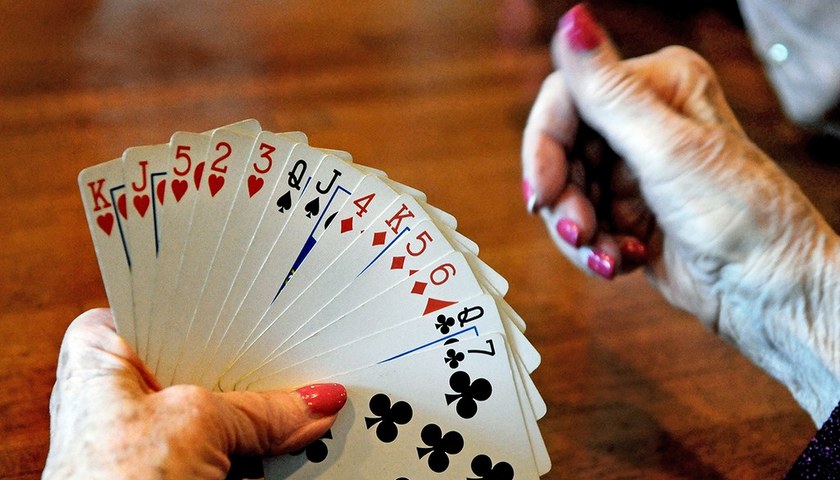 Having won Division Two of the Suffolk County Bridge Association Summer League Teams-of-Eight last year, the Stowmarket team began this year’s campaign in Division One, with a good win against Bury St Edmunds by 49 to 31. This has been followed by a second victory against Stansfield by 43 to 37.

These successes are indicative of the high standard of the duplicate bridge played at the club twice each week. The club is now using computer randomly generated hands rather than hands dealt by club members after a couple of quick shuffles. Initially some members found it difficult to accept that these hands were randomly generated, but most now seem happy with them and enjoy the exciting bridge that they generate.

At the tender age of 96, Charles Read has decided to stop playing duplicate bridge and played his last game on Wednesday 23rd August. Charles joined Stowmarket Bridge Club in the 1970s, when the club played at the Rookery Bowls Club and he has been playing ever since.

He will not be stopping bridge completely, but will continue to play afternoon Chicago. That is when he’s not visiting his family in France, Luxembourg and the USA.

The club welcomes visitors and new members. For times of play, venue and contacts visit: www.bridgewebs.com/stowmarket