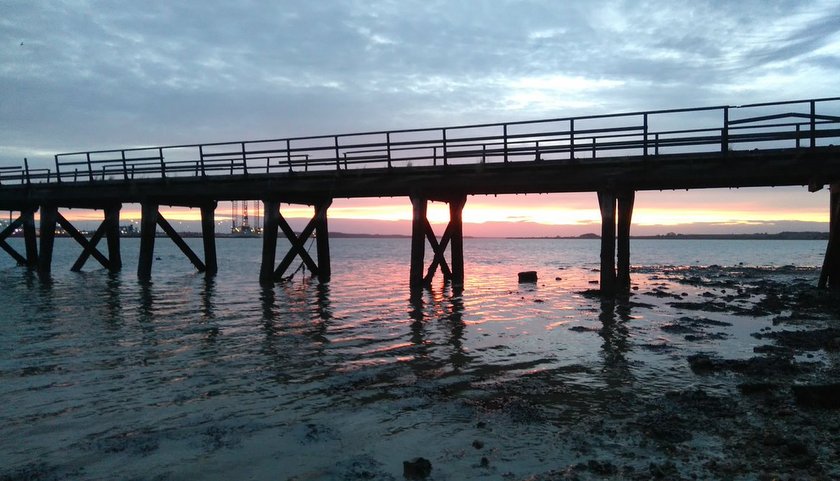 Marian Pugh was chosen to place the final tile in the Shotley Pier fund board, which has now reached over £100,000. Marian has been a regular volunteer for the pier, with her artwork and her attendance to represent the project at public events, such as the Suffolk Show and her contribution to governance of the group.

Marian’s idea of using the support struts under the pier, for the logo, led to the design of Shotley Pier’s admired logo. Shotley Pier is Suffolk’s only railway pier.

Sally Chicken visited us, on behalf of Shotley Pier, here at Mansion House Publishing, earlier this year. Sally also visited us, last week. She had brought along a rum and the staff enjoyed the taster session. Sally had announced to us, that Shotley Pier had surpassed their target and we were extremely pleased with the news.

Our partners, Colourplan Print, produced a booklet for selling shares for the pier. With all of the copies distributed, this raised a large amount of attention from the public and has raised enough money to save the pier.

Mansion House Publishing are delighted with the news, that enough shares have been sold and the target has been surpassed, to save the pier. We also wish the Shotley Pier team all the success in the future and must commend the team on all of the hard work, to make this happen.