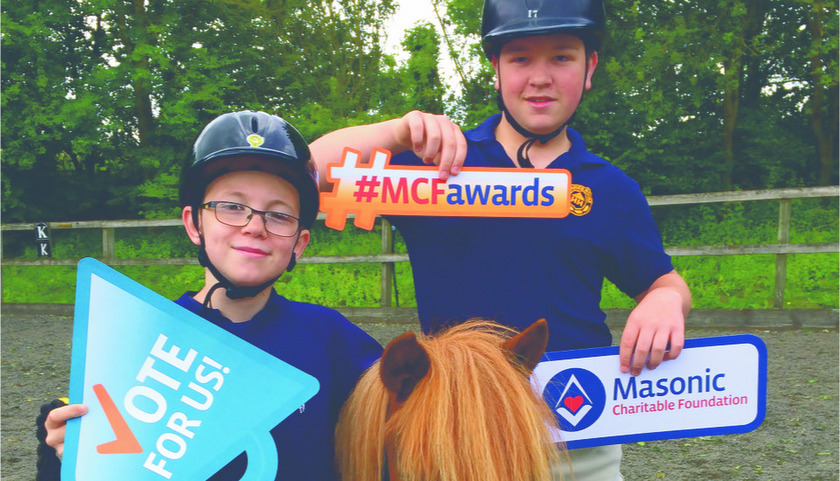 The Shelley Centre for Therapeutic Riding is to receive a £25,000 Community Award from the Freemasons following an unprecedented public vote.

The charity was one of six to be nominated by Freemasons in Suffolk, with local people voting to decide the level of their award. They were part of 178,801 people who voted across England and Wales.

The Community Awards are a major part of Freemasonry’s 300th anniversary celebrations. The Masonic Charitable Foundation is distributing three million pounds to 300 charities across the country, with the public vote deciding on the range of awards from £4,000 to £25,000.

“The grant of £25,000 which we have been awarded following the public vote is hugely important and we would like to express our heartfelt and grateful thanks to everybody who took the trouble to vote for us. “

The Masonic Charitable Foundation obtains all of its funding from Freemasons, their families and friends. It is estimated that half of Freemasonry’s total charitable expenditure of over £33m goes to charities that help people in communities across the country.

“We are delighted so many people voted in Suffolk. The Shelley Centre was one of six charities nominated by local Freemasons and I know they will use their £25,000 grant to continue with their outstanding work.”