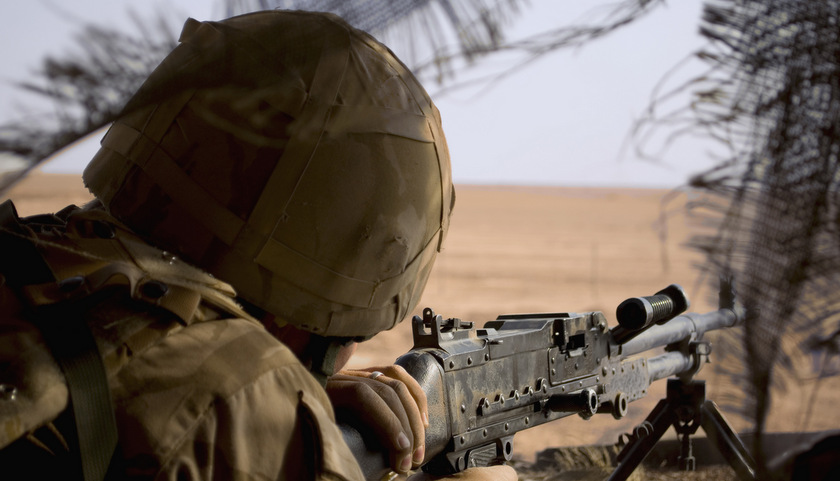 Aching muscles and sore bruises were forgotten for pupils of Royal Hospital School when they took third place at the Junior Leaders Field Gun competition, one of the toughest physical contests of its kind.

The team from RHS dismantled and re-assembled a 1.5 tonne field gun while hauling it from one end of a Royal Navy parade ground and back again competing against teams from across the country. The weight of the gun is equivalent to a small family car without any brakes – it has to be moved and, more importantly, stopped using the physical exertions of the team.

The 17 and 18-year-old boys and girls from Holbrook were one of the youngest teams in the competition pitted against teams from Royal Navy training establishments at HMS Collingwood and HMS Sultan and a team from RAF Cosford. Other teams represented sea cadets, university technical colleges and other mainstream colleges. Second Sea Lord, Vice Admiral Jeremy Woodcock was the guest of honour for the event held at HMS Collingwood in Hampshire.

The RHS crew spent four days with the other teams based with the Royal Navy in Portsmouth learning and training for the field gun competition. The RHS team ran a perfect first heat winning it with no penalties against them. A strong performance in their second heat put them into the final where they were narrowly beaten into third place.

“We did incredibly well to achieve third place overall in the competition beating the team from HMS Sultan as well as all of the UTC and college teams that entered this year.”

“All of the young people in the RHS team have done an amazing job and should be really proud of what they have achieved. We have got some very tired students.”

The field gun tradition came from the Boer War when the Royal Navy landed guns from two ships and then transported them over difficult terrain to relieve the siege of Ladysmith.