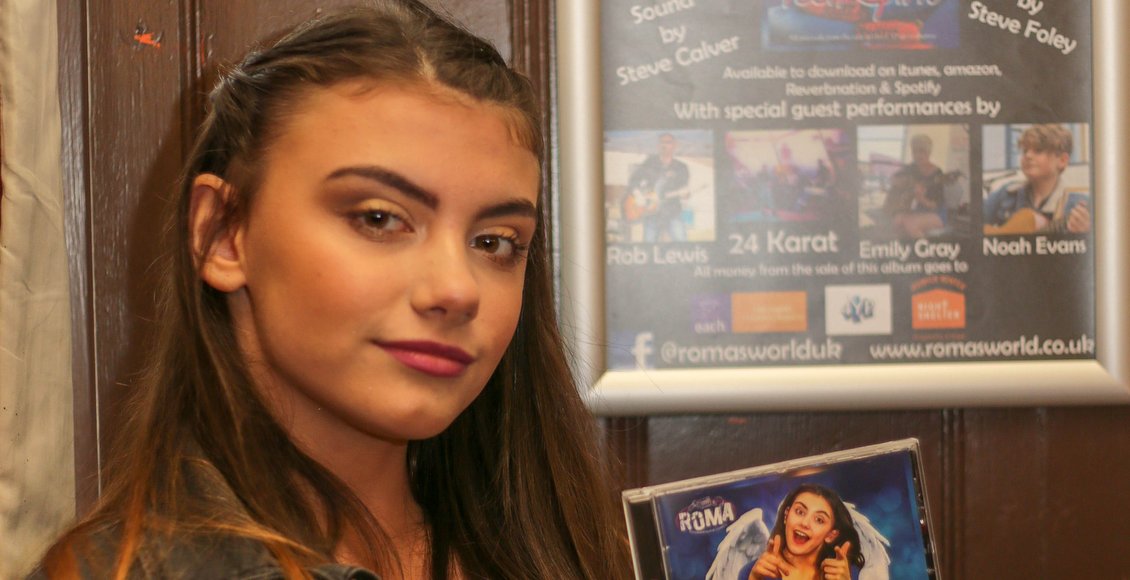 Ipswich singing sensation 13 year-old Roma Nicholson, has just launched her debut album on Sunday 28th October at the Railway Pub on Foxhall Road, Ipswich in front of a crowd of 100 fans who turned up eagerly to hear songs of her new album Teen Spirit which follows on from her debut EP from last year Welcome to the Waterfront.

The young singer-songwriter performed songs from her debit album including the song Stronger which was released on World Mental Health Day, which is about fighting back against bullying and was co-written with her official photographer Chris Silvester.

Roma is known locally as the fundraising singer and you will often find her at local events raising awareness for the three charities she supports, EACH Children’s Hospice, Ipswich Winter Night Shelter and 4YP Suffolk Young Peoples Mental Health project.

Last year, Roma raised £4500 through the sale of her EP for the Ipswich Winter Night Shelter. This year she has raised over £4200 and on Sunday 28th October raised a further £971 in under 3 hours by performing  tracks of her new album.

The Northgate High School pupil said “I wasn’t expecting to raise such a huge amount in 3 hours but it’s amazing as it means I am nearing my target of £6000 and it will help the charities.”

Kevin Constance, a follower of Roma who attended the launch and bought the new album said “Its a great collection of songs written by a truly inspiration, kind hearted and hard working young lady who is always out performing locally uniting people with her singing.”

The album can be purchased from West End Music, from Roma’s Facebook page www.facebook.com/romasworlduk, Dales Road and Chantry Post Office for £8 with all sales proceeds going directly to the charities.

You can next catch Roma performing some festive songs and a song or two off her new album at the Ipswich Lights Turn on at the Cornhill 4.30pm on Thursday 22nd November.