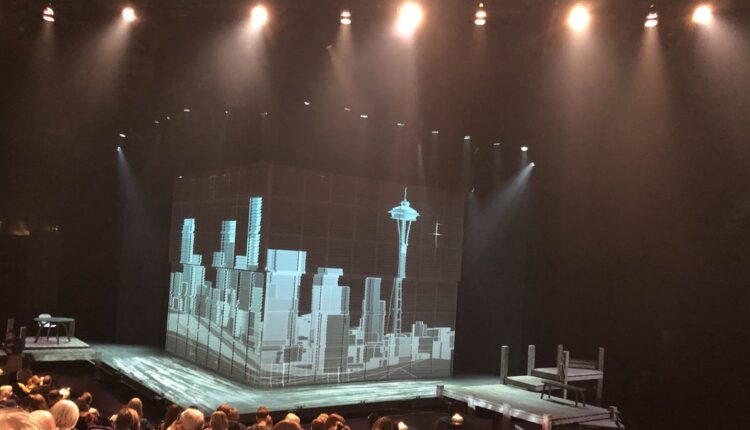 About two weeks ago, I attended my first show “post lockdown” – it was outdoors at London’s Regent’s Park Open Air Theatre, to see Jesus Christ Superstar in concert. I found it to be a wonderful experience, as soon as the opening chords began, I got goose-bumps and misty eyed. Nothing compares to the thrill of a live show. For someone who visits the theatre regularly, both as part of the job and for the passion, going almost 6 months without it is a long time.

I think in the case of Jesus Christ Superstar being a cleverly staged concert version, it made the social distancing aspect look easy and it surprisingly didn’t feel strange to watch. It just fitted in perfectly with the new norm, and there were stunning performances from the cast. I highly commend all who have worked hard to pull it off. That said, there were of course differences – the seats were well spaced at half capacity, the audience were masked up, temperature checks were made on arrival and one-way systems in operation but despite the changes to the typical theatregoing experience, everyone was just thrilled to be there, absorbing the music and magic.

Skip to this weekend, and it was time to experience the first government approved indoor performance of a musical since March. This time, I found myself trekking over to Wembley visiting the reasonably new, purpose-built Troubadour Theatre to see Sleepless the musical, based on the classic 90s film Sleepless in Seattle. The same rules in terms of audience applied, though the seating was slightly closer due to being more of an enclosed space. However, it was staggered and still at half capacity so I didn’t personally feel unsafe.

However, the biggest noticeable difference was that the show itself wasn’t actually socially distanced. Isn’t it funny how something that was once so normal and you didn’t even think twice about, now feels almost uncomfortable to watch? It did feel slightly bizarre to watch hands being held and hugs being exchanged live onstage when you have become so used to avoiding human contact outside of your bubble for majority of the year. That said the cast involved have a strict routine of COVID tests upon arrival to the theatre, mask wearing when not on stage and no doubt have guidelines to be followed behind the scenes too. The show itself served its job well – it was fun, comical and light-hearted entertainment. I went into the show having never seen the film, so I can’t tell you how it compares, but I imagine it to live up to expectations. There wasn’t really a standout moment for me, but I still really enjoyed the music, the cast were excellent, and it seemed a great comforting choice to ease theatregoers back into the theatre. Again, I really commend the team involved for pushing through the odds to make something happen and it was evident by the joyful audience reaction that theatre is crucial to our lives. Its escapism and a safe place where we get to be lost in the magic for a while, we cannot lose that.

If you’re interested in either show, both are running until the 27th September. For more information visit openairtheatre.com/jesus-christ-superstar-the-concert / sleeplessthemusical.com.