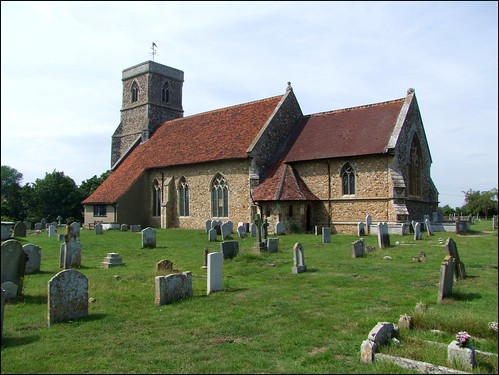 Covid-19
One subject is likely to dominate all our lives for the foreseeable future. Dealing with it is the task of our generation. By that, I mean all of us without exception, as individuals, as groups, and as a society. We carry the responsibility daily, not just for ourselves and our loved ones but for everybody else too because that, in turn, protects us. We are truly interconnected. The virus, as I write, continues to spread. There is no comfort in having a lower rate of infection or fewer cases than the average. None of the rates, none of the deaths are good. It’s truly a miracle that our health and other services have been able to cope so far. Now they approach a breaking point.

Let’s be realistic. Some people are spreading the virus, possibly without having any idea of doing so. I don’t demonise them for being human but I would remind them that everybody they know will be affected, as will everybody they meet. Act like you’ve got it for now and you won’t go far wrong.

All the standard rules (Hands, Face, Space) still apply. As the vaccine rolls out, things will improve. That rollout will be slower than the spread of the virus but we have the power to slow that spread. Only we have that power.

Mankind has understood the existence of plagues for thousands of years. We’ve learned practical measures to deal with epidemics and pandemics over the centuries. For hundreds of years, we’ve realised the idea of Public Health and its importance to society itself. We have carried out the practice of vaccination for 200 years. Increasingly, we’ve been able to identify the microbes and bacteria that can transmit disease.

We’ve developed tools to treat and defeat those diseases, particularly in the last hundred years. In my lifetime, the closely related sciences of microbiology, biochemistry and virology have advanced to the point that tasks that once took years, can be performed in hours, or even minutes. That acceleration has been even faster in the last five to ten years. Almost revolutionary work has been done, maybe too fast for many to even appreciate, to the point where truly effective vaccines can be developed within a single year.

To try to deny any aspect of this shared history, scientific understanding and experience of mankind, is truly perverse. That experience cost many, many millions of lives. That deserves respect, as does the science itself. We have seen a recent example of what can happen when a group of people decide to choose their own truth only in the face of all the evidence, precedent and consensus. Put simply, people can die.

Vaccines are considered usefully effective if they are both safe and have effectiveness of over 50%. So, the difference between effectiveness at over 70% or over 90% isn’t really the point. It’s getting the vaccine out there, in us, to as many as possible as fast as possible. Reducing the symptoms to a non-lethal level is a massive bonus in itself. Minimal side effects can only be better than the disease itself and, at its worst, Covid-19 is a very nasty disease indeed.

Sadly, many of you will now personally know somebody who has had a serious, or even fatal, experience. So, have the vaccine when it’s offered. Remember it doesn’t take full effect for three weeks. It will become even more effective after the second shot but the more people who have the crucial first shot, the safer we are overall.

That first shot is the one that will count most! In time we will all be vaccinated. Until then we must continue to be very careful. A previous generation endured the Second World War and the necessary changes to daily life. We can do the same, for a shorter time.

Covid-19 Contact Points
Babergh will continue to provide support as needed. I have no doubt that this will be required. Government are being pressed to look at those who have not been supported so far and the levels of support for those who have. I understand that some employers may not be aware of changes to furlough payments their employees could use. That is worth enquiring about in your own situations.

Babergh Business
It continues because it must. The bins must be emptied, the tenants and residents need us to do our jobs. Now, we are preparing the 2021-22 Budget. I’ll write further on that next month. The proposals involve little change in the round. The council, like everybody, has been heavily impacted during

However, government funding has been made available for us to be able to prepare a balanced budget. It doesn’t cover the entire shortfall but with care (and an excellent finance team) we can fulfill this important legal requirement because we must!

One item has attracted a great deal of interest, comment and press coverage, that of parking charges. A few points can be made. These are proposals. There is a responsibility to regularly examine such things. There is a budget effect and that applies to all council taxpayers, not just those who pay such charges.

Under our system, such things aren’t just decided upon by the Cabinet. This matter, and the entire budget, will be rigorously examined. By now, the Overview and Scrutiny Committee that I chair will have looked at both these subjects and made recommendations to Cabinet. In response to a legally valid petition, the entire council will have debated the parking arrangements and will be receiving a report on the Scrutiny recommendations.

The final decision, which need not be as presented in the original report, will be made by the Babergh Cabinet on February 4. That’s how the system works, with checks and balances.

Obviously, there’s more. I’ve chosen to focus on the essentials here. You can keep in touch through the Facebook group. Not all social media need be poisonous.

The Claud Butler feels neglected with only the odd trip to the shops or a site in Brantham, but that’s life!

This article runs in the February issue of the Manningtree edition, which you can read in full by clicking on Magazines.

The Church Has Left The Building…

MANUP?: It’s Okay to Not Be Okay