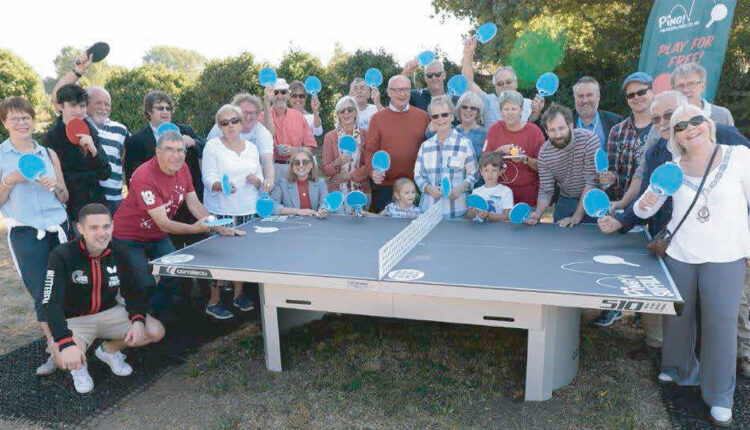 Reflections on two years of the Keep Moving Suffolk Campaign

Mobilised within nine days of the first lockdown, its ambition has been to help people stay active or become active during the pandemic.

Two years on, the campaign is being celebrated for helping thousands of Suffolk residents to move more in ways that suit them.

Cllr Andrew Reid, Cabinet Member for Public Health and Protection at Suffolk County Council, said “Our immediate focus was to work with willing partners to quickly and collaboratively create a trusted resource and programme that the people of Suffolk could turn to for encouragement and support to be active at a hugely challenging time.”

“There were virtual challenges, exercise supplements in the local media, activity booklets distributed to older people across the county and activity packs for vulnerable and isolated people in the local community.”

“When schools were closed, resources were provided to support parents and carers to integrate exercise into home schooling. When holiday activity programmes weren’t operating, activity packs were developed for distribution to children on free school meals and when sports clubs needed support to get back up and running, the campaign unlocked £500,000 of funding to help them do so.”

A local key worker told us about the impact of the children’s sports equipment packs on a family he supports. He said “I support a family with a parent who struggles to be active with the children due to her mental health difficulties. This pack helped her get involved in sports with the children. Since then, she has made a goal to be more active and she now has the goal to go for a walk once a day with the children.”

The exercise packs for older people were enthusiastically received. Jenny, aged 78 said “The activity packs are brilliant, especially for people who haven’t previously done exercise. I have noticed many improvements with balance, flexibility and now don’t fall so much” whilst Sandra, 84 said “I felt so much better feeling that people care”.

Mother of two, Kelly Hutchinson from Ipswich, was grateful for the home-schooling resources. She said, “It was a big challenge home schooling and juggling work and home life, so the Keep Moving Suffolk website and the dance tutorials were a godsend.”

Cllr Reid added “The Keep Moving Suffolk campaign has been an important part of the collective response to the pandemic in Suffolk. I would like to pay tribute to all the individuals and organisations that have worked with us to make it possible.”

The campaign website, which is full of information, advice and guidance, can be found at www.keepmovingsuffolk.com.

East Suffolk encouraged to ‘Clean for the Queen’