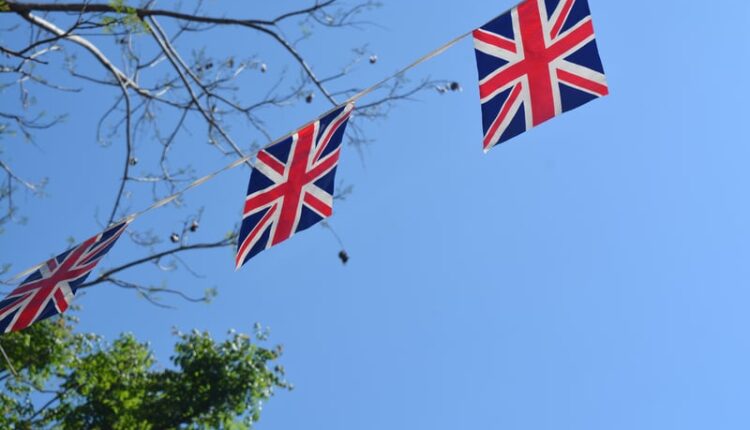 Free parking over the Jubilee weekend

A huge range of community celebrations are taking place across the district over the Bank Holiday weekend and visitors are encouraged to plan their journeys carefully, considering whether it is possible to walk, cycle or use public transport.

For those who need to use their cars, East Suffolk Council is offering free parking in selected council-owned car parks between Thursday 2 June and Sunday 5 June.

Cllr Norman Brooks, East Suffolk’s cabinet member for Transport said: “Her Majesty The Queen’s Platinum Jubilee will be a memorable occasion for many, and we would encourage people to consider how best to travel to their local celebrations. For those who need to drive, or are car sharing, free parking will be available at council-owned car parks at various times over the weekend.”

Signs are in place on the tariff boards within each car park advising visitors of the free parking offer.

To check for Jubilee events taking place near you, or to register a community event of your own, visit www.festivalofsuffolk.org

Plan your journey and find details on bus, walking and cycling routes at https://thewaytogosuffolk.org.uk/

Celebration of 70 years of music and culture with international and local acts, messages projected onto Tide Mill and a youth culture “Pooch Parade”…

Woodbridge Festival of Art and Music starts its 10th anniversary year with genre defining international acts playing the town’s “alternative” Jubilee celebrations, highlighting trends in music and culture over the last 70 years. Acts playing include legendary DJs Justin Robertson, who played the Hacienda during its 1980/90s acid house heyday and will celebrate the venue’s 40th birthday. He’s joined by the equally legendary Les Spaine, original 1970s UK funk DJ and head of Motown Records, who’s worked with stars such as Diana Ross (who headlines the Queen’s London events), Stevie Wonder and Marvin gay. Alongside music the festival will be presenting projections onto the Tide Mill, African and Ukrainian dances, drum workshops, a street food festival and a “pooch parade” – with local people dressing their dogs in a youth culture style from the last 70 years. The festival events are part of the Town Council’s official two day celebrations.

Festival founder, Ben Osborne, who will also DJ the event, says: “Ten years ago the town mayor asked if we could organise an alternative Jubilee event, which kick started the annual Woodbridge Festival. So it’s amazing to be asked to do this weekend on our 10th birthday by the current town council. We’ll also be celebrating alternative anniversaries, such as Jamaican and Indian independence, 40 years of the Hacienda opening its doors – as well as the Platinum Jubilee.

“We have an amazing two day line-up in Kingston Fields, Community Hall and Whisstocks Square, with international and local acts covering everything from acid house to rock-a-billy and reggae – and we’re looking forward to projecting people’s jubilee messages and pictures from the youth culture “Pooch Parade” onto the Tide Mill.

Music will cover significant genres over the last 70 years, with original acts playing everything from acid house to jazz funk, reggae and post punk, plus Ukrainian, Polish and African dancers.

Reflecting the youth culture parade being planned for the London event on the Mall, Woodbridge Festival is holding a “Pooch Parade”, with owners dressing their dogs as a youth cult from the last 70 years.

On Friday 3 June daytime events will open midday at Kingston Fields, with headline soul act Jupiter Ray followed by Phil Jackson’s Rock n Roll Band. Peter Hepworth Band will play unheard songs from his forthcoming LP alongside surprises covering music styles from the ’60s to now. Local folk act Fete Accomplis will close the day’s activities with a barn dance in a field. There will be food, craft, bar stalls, vintage fair attractions and a range of performances throughout the day.

Acts include godfather of UK funk DJs Les Spaine, who worked in the 1970s and 1980s with such as icons as Marvin Gay, Stevie Wonder, The Jacksons, Diana Ross and other members of the funk and soul royalty.

Joining him is yet another cultural legend, Justin Robertson. A veteran acid house DJ, he played the near mythical Hacienda – frequently cited as the most important club in UK history – which is 40 years old this year. Justin also hit the charts with his act Lion Rock and has remixed everyone from Noel Gallagher to Grace Jones. He is cited by the Chemical Brothers as the DJ that inspired them to make music.

Street Food in Whisstocks square will take on a global theme with food from India, the Caribbean, Italy and artisan Southern Sutton Fried Chicken, plus a bar on the square and dinning in the Boathouse Restaurant and terrace, and ship building demonstrations in the Longshed.

Dilly’s Dance School will start the performances with Ukrainian and Polish folk dances, followed by DJ Auntie L, veteran London-based reggae DJ who will play a set marking 60 years of Jamaican independence. Happy Feet African Dance will perform a traditional African dance, marking the queen’s accession to the throne in Africa. Adrian Wiggins, who festival goers may recognise from Campo Sancho festival, will be giving Samba and African drum workshops.

Red hot Latin, jazz and funk band Latin Heat will keep the grooves flowing with their vituoso musicianship from 3pm, while festival hopping rock-a-billy band JS & The Lockerbillies will take us into the early evening.

The events will close with a night of DJs in the Community Hall – line up to be announced (tickets via Eventbrite).

For more information on Woodbridge Festival of Art and Music and Jubilee events see www.woodbridgefestival.com

As the county prepares to celebrate the Queen’s Platinum Jubilee, Suffolk Archives is inviting the public to contribute souvenirs from their celebrations. From Monday 6 June, people can donate items such as photographs, postcards, programmes, invitations and leaflets from local events.

After past royal events, the public has donated a variety of physical and digital items. With the Platinum Jubilee being a rare event in British history, this is an opportunity for local people to help build on the Archives’ existing 900-year records, providing valuable research content for future generations.

Cllr Bobby Bennett added: “We are encouraging people of all ages to help us capture Suffolk’s celebrations this summer, be it a family gathering, a performance, a school or village festival or a street party. Part of the Archives’ job is to gather a ‘living history’ and any mementos of the celebrations could help us to create a lasting record of how our county marked the Platinum Jubilee – a major historic occasion.”

Bridget Hanley, Senior Archivist at Suffolk Archives, said: “Suffolk Archives is the county’s memory box. Our collections cover over 900 years of the county’s history, although not everything we collect is old. Our so-called contemporary collecting means that we gather material about important events now, such as everyone’s Platinum Jubilee celebrations.

“We are inviting people from all backgrounds to share their own stories and become part of Suffolk’s history. So please hold on to your materials and donate them to us after Jubilee weekend.”

Digital content can be submitted online via the website, and hard copy posters, postcard and similar materials can be brought into local branches in Bury St Edmunds, Ipswich and Lowestoft. All donations will be subject to assessment, as archivists can only keep the best quality materials and need to prevent duplication of items. Items cannot be returned.

For more information and to submit digital content visit: www.suffolkarchives.co.uk/the-queens-platinum-jubilee-2022

Sunday 5th June – from midday till around 3.00pm

Food and fun for all the family.

Road closure will be in place from the mini-roundabout at Cobbold Road down to the junction with Montague Road, from 9.00am until around 6.00pm or until all the tables and bunting are cleared away.

There will be FREE PARKING in the Ranelagh Road Car Park all that day.

Woodbridge Festival of art and music is celebrating 70 years of street music, from the first rock ’n’ roll recordings in 1952 (including ‘Hound Dog’ and Shake Rattle and Roll) until the music of 2022.

The weekend runs through the music and styles that shaped modern music. With live music and club nights, it features iconic stars who created contemporary culture, as well as new and local talent.

Woodbridge Festival of Art and Music’s jubilee event celebrates the ground breaking changes that created the new concept of “youth culture” during the Queen’s reign. Acts playing include legendary DJs Justin Robertson, who played the Hacienda during its 1980/90s acid house heyday and will celebrate the venue’s 40th birthday. He’s joined by the equally legendary original “super star” 1970s DJ, Les Spaine. The godfather of UK funk DJs, Les was head of Motown Records UK where he worked with soul stars such as Diana Ross (who headlines the Queen’s London events), Stevie Wonder, The Jacksons and Marvin gay.

Alongside music the festival will be presenting projections onto the historic Tide Mill, featuring African and Ukrainian dances, drum workshops, a street food festival and a “pooch parade” – with local people dressing their dogs in a youth culture style from the last 70 years.

Festival and Noise of Art founder, DJ Ben Osborne, says: “As well as celebrating 70 years of youth culture, we’ll be celebrating alternative anniversaries, such as 60 years of Jamaican independence, and we have an amazing two day line-up in Kingston Fields, Community Hall on Friday and Whisstocks Square on Saturday, with international and local acts covering everything from acid house to rock-a-billy and reggae – and we’re looking forward to projecting people’s messages onto the Tide Mill.