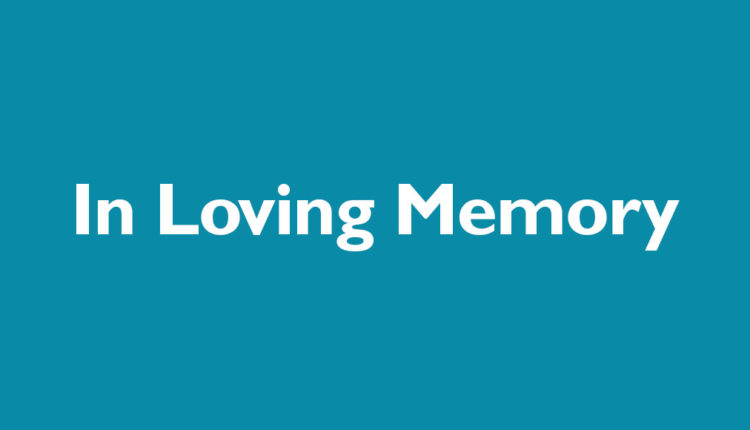 Former sub-officer of Stowmarket Fire Station, Philip Dade has sadly passed away at the age of 84 after a brave battle with cancer.

Phil was born in The Bungalows on the High Road in Great Finborough, eldest son of Ernest and Winifred Dade. He had a happy childhood growing up in rural wartime Suffolk, playing soldiers on the high and lower roads around the village and in Buxhall while his father Ernie was a sergeant in the Home Guard and hardworking Winnie worked in the local farms picking vegetables. Phil loved the family dogs Laddie and Lassie. At the age of six a returning Canadian bomber crashed in the fields opposite killing all six crew. Phil was convinced that the pilot had managed to avoid crashing into their house at the last moment.

Younger brother Christopher arrived in 1948 and by this time Phil had developed into a very good goalkeeper representing the villages of Finborough and Buxhall. He had also joined the Stowmarket ATC and this was to have a significant impact on his life. Phil soon discovered that he was an excellent shot with a rifle and he became one of the King’s 100, the best marksmen in the country. In 1953 he joined the RAF and during his three years’ service as a regular he served in various bases in the UK and abroad, earning the rank of Acting Sergeant with rapid promotion. Phil was selected to be in the RAF platoon for the Queen’s Coronation on a very wet afternoon in June 1953. Uniquely, during his service he also managed to play in goal for two St Ives football teams in Cornwall and Cambridge.

On leaving the RAF in 1956 Phil passed his entry examinations to join the Metropolitan Police. However, the week before he was due to join he was spotted playing in goal for Stowmarket FC by the chairman of ICI (Paints Division) who offered Phil a position in the decorative marketing team as a colour matcher. Phil remained with ICI in Stowmarket for the rest of his working days until retirement in 1994. He also doubled up as works convenor, acting as a diplomatic conduit between the management and the work force. Incredibly Phil only had three days absence (after a motorbike accident when he broke his ankle) in almost 40 years of employment. He also formed part of the very successful ICI works fire brigade and drill team who won countless trophies across the country. Somehow he also managed to serve in The Gladstone Arms public house in Combs Ford in his spare time!

Phil soon met and fell in love with Mary Baker from Stowmarket and after a short courtship they married in 1957, initially living with Mary’s parents in Combs Lane, Stowmarket. Phil and Mary moved to Baldwin Road, Stowmarket on their third wedding anniversary in 1960 and they remained there until Mary’s death in 2012. Phil was still living there independently until his recent death in Cedrus House. The first 11 years of their marriage produced four children: Gary, Cheryl, Nicola and Nigel. On Phil’s demise the family had expanded to include nine grandchildren and six great-grandchildren. Phil was very proud of all their many and varied achievements.

In 1964 Phil was approached to join the local retained fire service in Stowmarket, which he served with distinction for 26 years until his compulsory retirement at the age of 55 in 1990. Phil moved through the ranks to leading fireman before becoming sub-officer of the station in 1981. He also represented Suffolk Fire Service at the Cenotaph on Remembrance Sunday 1967 and received many favourable comments about the shininess of his boots. Phil attended many callouts and one particular busy August resulted in nearly 60 ‘shouts’, a record for a retained station at the time. Phil never full got over the fatal multi-vehicle incident he attended as senior officer in charge on a very foggy November day six months before he retired, often referring to it as Black Wednesday. Phil considered the fire service and his fellow crewmates his greatest achievements in life outside of his family.

In 2016 Phil became an associate member of the inaugural Stowmarket branch of the Royal Naval Association and he provided the funds to purchase their standard in honour of his late wife Mary.

Phil’s many interests centred on sport, particularly watching football, rugby union and golf, also locally Needham Market FC and Stowmarket FC. He was a keen walker, a well-known local character en route to visit Mary in Wade House twice a day during her long illness, incredibly covering over 11,000 in her four and a half years there. He was also an avid cyclist; he impressed his family by cycling around Alton Water at the age of 80. Phil was also very good at darts, winning many trophies with the excellent ICI Works and Huntsman (Stow Fire Station) teams. He had a lifelong love of music which began with the big band orchestra sounds of Joe Loss, Ted Heath, Glenn Miller and James Last. In recent years the Andre Rieu Orchestra was a big favourite. Phil particularly enjoyed holidays and travel, visiting cousins in the United States and a North American cruise visiting the Rockies and Alaska with Mary. His final holiday was to Las Vegas to celebrate his 80th birthday with his brother Chris.

Phil will be sadly missed by his family and many friends in the local community.

How To Avoid Running Into Trouble…