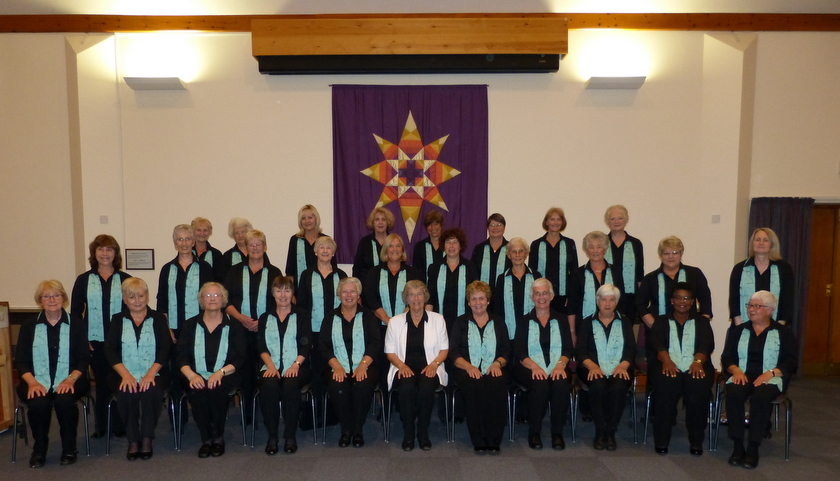 It’s been a year of celebration and charity for The Orwell Singers, the friendly ladies choir based in Ipswich.

Their latest success was a charity concert for FIND (Families in Need) at Museum Street Methodist Church. Joined by pupils from St Helen’s Primary School and Copleston High School, the choir entertained a large audience and raised £700 to support the charity that helps those living in Ipswich and surrounding areas who are deprived of a minimum standard of living, whether single, families, lone parents, children, elderly, sick, disabled or homeless.

Next up for The Orwell Singers is their annual Christmas concert on Saturday 2nd December at St Michael & All Angel’s Church in Martlesham Heath, where the singers also held their annual summer concert in June.

The Orwell Singers celebrate their silver anniversary in 2018, but this year they celebrate the fact that it’s 20 years since Gloria Wilson became their musical director.

“It’s true we were established in 1993, but we actually trace our history back to 1970 and The Olive Quantrill Singers who were extremely popular – and successful – in Ipswich and further afield,”

The Orwell Singers regularly perform abroad and in recent years have visited France, Germany, Holland and Belgium, as well as boasting a regular schedule of UK events and singing at the occasional wedding.

The Longboat Has Landed