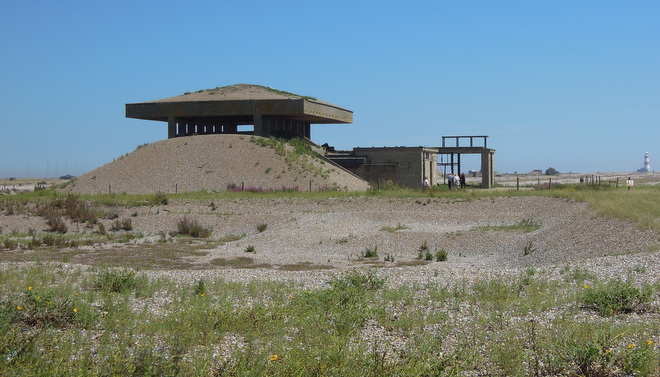 HAVE YOU EVER WORKED ON ORFORD NESS?

It’s a strange place. Nobody lives there. It’s a place of contrasts. It’s called an Island, but it’s not.

If you like wide-open views, our lovely Suffolk skies, nature’s silence, rare plants and wildlife – then you will love it.

And if, while walking amongst iconic buildings located in this wonderful landscape, you can imagine the noise of bombs being dropped, of atomic bombs being vibrated or fired into a concrete wall at 150mph, and you can understand the huge commitment of local people to apply cutting-edge technology to improve the effectiveness of various military weapons used in our defense – then you will also love it.

Nowhere else in the UK can you visit such laboratories, learn about the technology used, or hear about the people who worked there, in such a unique environment.

This place is Orford Ness.

Opened by National Trust as a National Nature Reserve in 1995, Orford Ness has been the site of military testing and development from the beginning of the 20th century, initially with the development of the aircraft as a military weapon, until 1973 when Cobra Mist, an ‘over the horizon’ Radar system used to detect distant military activities in the Cold War, was shut down.

In between those dates, Orford Ness became Watson-Watt’s base for the early development of radar (before he moved his experiments to Bawdsey). Much work was done on improving the accuracy of conventional bombing (working with Martlesham-based flight-crews) and the improvements in the aerodynamics of Blue Danube (Britain’s first atomic bomb) took place there.

Working in such an exposed environment could be lovely in the summer, but brutal when travelling between test sites in the bitter winter winds. In 1963 the River Ore was so frozen that the landing craft used to carry staff to the Island could not do so.

In the race to protect the UK from known and significant enemies, none of this testing and development would have taken place without access to a highly skilled and dedicated workforce: they created and used the innovative methods and engineering facilities for this purpose.

We are looking to meet people who worked for the military or for one of the scientific agencies and companies involved, and also those who built, equipped, or maintained the various test labs and many other buildings located on ‘The Island”.

Were you – or do you know someone who was – involved in this highly secret and complex work?

Please contact us if so, because we at National Trust have created an audio archive of the work experiences and memories of those who did. We are keen to record their memories of such an important site in the UK’s military history before they are lost forever.