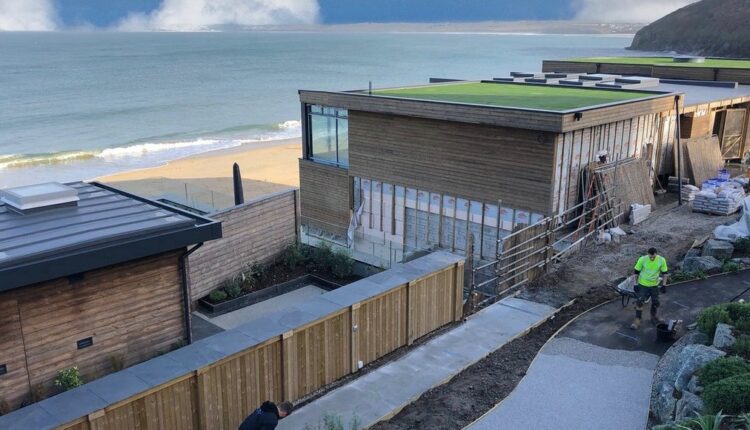 Oltco Ipswich Plays Its Part In Recycling The Equivalent Of Over 40 Million Plastic Straws!

Oltco Ipswich, led by multi-area franchisee Liam Dorian, has been committed to tackling the issue of plastic waste and has played an integral role in Oltco’s Recycle Bound success story.

At the beginning of 2019, Oltco came up with a unique solution to help tackle the issue of plastic waste littering the globe. Now, over 12 months on, Oltco’s Recycle Bound product has recycled the equivalent of over 40,000,000 plastic straws and is being used not only on driveways up and down the country but also at some of the UK’s leading hotels and attractions.

Oltco was inspired to develop the product after growing increasingly concerned about the devastating environmental impact plastic waste was having on the planet.

It took two years to develop the product and since it was launched, the company has already recycled the equivalent of a staggering 40,000,000 plastic straws. Recycle Bound has been so successful it is already winning awards including being named runner up for ‘Recycled Product of the Year’ in the National Recycling Awards.

Although mainly used on driveways, paths and patios for the domestic market, Recycle Bound has also been used on larger commercial projects.

Oltco’s Co-Director, Tom Stringer, said: “We have been thrilled by the response to Recycle Bound. Every member of our team has fully embraced it and it has proved hugely popular with our customers, both residential and commercial. The number of customers who are asking for it to be used on their driveways, patios and paths is growing all the time.

The issue of plastic waste has long been a concern for us here at Oltco, we see first-hand the impact it’s having on our beaches and wider environment.

It is a totally awesome product which is hard wearing and will last for years and helps rid the world of some of the plastic waste.”

Oltco Ipswich’s Liam Dorian adds: “Recycle Bound has been hugely successful and we are grateful for all the individuals, and local companies based in Ipswich, who have come on board in a bid to help us tackle the global issue of plastic waste. We are proud to have already installed Recycle Bound across Ipswich and the neighboring towns and villages.”

Oltco Director, Johnny Pearce, adds: “At Oltco we never rest on our laurels. It’s in our DNA to innovate and we are constantly looking for new ways to reduce our impact on the environment. We are now working on another world-first product that will also utilise waste plastic and will be a game changer when it is launched later this year so watch this space.”

A Note From Chairman Alan Porter

A Word From Your Mayor Councillor Sue Bale