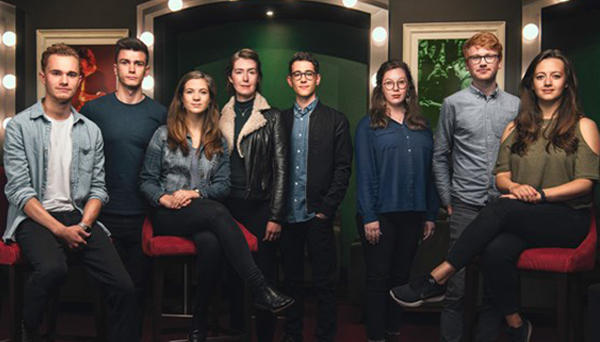 The Royal Hospital School Music School were delighted to be able to host a GCSE and A Level composition masterclass which included over eighty pupils and staff from other schools across the region.

The event was supported by the 8 Fellows of the National Youth Choirs of Great Britain (NYCGB) and the day was led by composer and Research Fellow at the University of Oxford, Dr Toby Young. In the morning, pupils were treated to a lecture recital in the glorious acoustic of the school’s chapel, where the NYC Fellows (8 of the UK’s most talented young singers) demonstrated a ‘history of choral music through the ages’; treating the pupils to works by Tallis, Lotti, Tavener, Parry and even the theme from Spider-Man.

After a well-needed break, Dr Young gave a lecture on the techniques of composition with live demonstrations from the Fellows; pupils were able to recommend ideas and hear them performed before their very ‘ears’. The afternoon session was the opportunity for pupils to put into practice all they had learned; there were sent off in groups to work with an NYC Fellow to write a short piece of a cappella music to a set text. They worked hard all afternoon, trying out ideas and then writing them down. The day concluded with premiers of the day’s work, with the NYC Fellows performing all of the pieces in the Burns Recital Hall.