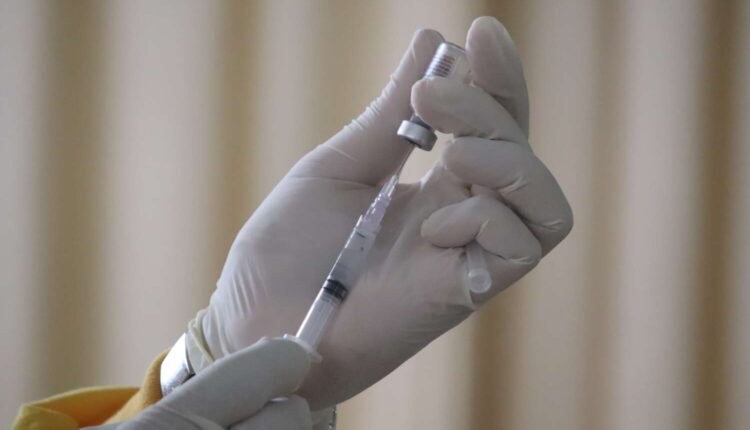 The Medicines and Healthcare products Regulatory Agency (MHRA) has this week authorised Novavax’s Covid-19 vaccine for use in the UK.

This follows rigorous clinical trials supported by National Institute for Health Research (NIHR) and a thorough analysis of the data by experts at the MHRA, which has concluded that the vaccine has met its strict standards of safety, quality and effectiveness.

Over 500 volunteers took part in the study at the Quadram Institute, part of the Norfolk and Norwich University Hospitals (NNUH), with a further 168 taking part at East Suffolk and North Essex NHS Foundation Trust, and 105 at Wansford and Kings Cliffe Practice in Peterborough. Other NHS organisations also provided staff to help NNUH run the study, including the James Paget University Hospital, along with research nurses from the NIHR’s Clinical Research Network (CRN) Eastern and Clinical Commissioning Groups in the region.

Claire, a carer from Norwich, took part in the Novavax trial at NNUH last year, and was surprised to find out she had received the real vaccine and not the placebo (a harmless fluid which looks the same as the vaccine but has no effects). Claire said:

“I had absolutely no side effects from having either of the two doses of the vaccine so assumed I’d had the placebo, particularly because I’d seen lots of my friends have side effects from the approved vaccines.

“I’m just glad I could do my bit to help, especially because I know how much COVID has affected so many people. I’d definitely think about taking part in research again, it’s so important. After all, without it, we’d have no medicines or treatments, not even paracetamol!”

Professor Jeremy Turner is Clinical Director for the NIHR’s CRN Eastern and was in charge of the Novavax trial at NNUH, where he is a Consultant Endocrinologist. He said: “We are immensely grateful to the participants in the study who so generously gave up their time to be involved. We are also hugely grateful to the other people who put themselves forward for inclusion in the study but who, for a range of reasons were, unfortunately, not able to participate in the study. Finally, we must not forget that this was a massive team effort. Thank you and congratulations to everyone involved”

The NIHR-supported Novavax  study,  led by researchers at St George’s, University of London, found the Covid-19 vaccine was 89.7% effective at preventing COVID-19, prior to the Omicron variant emerging.

The study is the largest ever double blind, placebo-controlled vaccine trial to be undertaken in the UK, recruiting 15,203 participants from 33 research UK sites in just eight weeks, between September 2020 and November 2020.

Helped by the invaluable support of these participants, and research teams in England, Scotland, Wales and Northern Ireland, Novavax has become the fifth COVID-19 vaccine to be authorised by the MHRA. It follows the Pfizer/BioNTech, Oxford/AstraZeneca, Moderna and Janssen vaccines – but is the first protein-based vaccine approved in the UK.

The Novavax vaccine has also been authorised by the European Medicines Agency and the World Health Organisation, meaning participants in the study will have their vaccination status recognised outside of the UK. Until this time, a number of countries had refused to recognise the vaccinated status of people who had taken part in this trial, leading to them facing difficulties in international travel.

Professor Lucy Chappell, Chief Scientific Adviser for the Department of Health and Social Care and Chief Executive of the National Institute for Health Research, said: “It is important news that the independent regulator has now authorised the Novavax vaccine for use in the UK.

“This placebo-controlled vaccine trial was set up and carried out at a remarkable speed and scale across the UK. Many members of the public stepped forward to participate and this should be recognised and celebrated. We thank each and every one of them for their commitment to the Novavax study. Equally, this success was down to the dedication and hard work of researchers across England, Scotland, Wales and Northern Ireland.

“This protein-based vaccine will provide a useful additional option for countries going forwards.”

Professor Paul Heath, Novavax Phase 3 trial Chief Investigator and Director of the Vaccine Institute at St George’s, University of London and St George’s University Hospitals NHS Foundation Trust, said: “On behalf of the participants and trial teams I am delighted that the MHRA have now authorised the Novavax vaccine, in addition to the recent authorisations from the World Health Organisation and the European Commission.

“The altruism, willingness and patience of the over 15,000 participants across the UK and that of the 33 trial teams has been exceptional. This has been despite huge challenges, including with certification and travel. The participants and teams alike should take great pride in their part in having brought another effective vaccine to the UK and, through the COVAX programme, to the global population.”