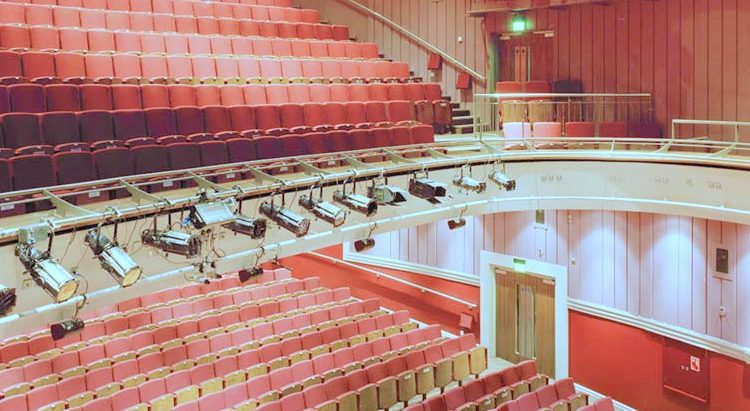 A major increase in Norfolk’s older residents is predicted over the next decade and a campaign to fund more work to offer activities and reduce isolation among  the county’s growing number of more mature residents is being launched today (Dec 3).

Norwich Theatre Royal is starting its annual Christmas Appeal which aims to raise £20,000 towards its programme of work with older people.

The launch ties in with Giving Tuesday which encourages people worldwide to give to a good cause which is important to them.

The work will be centred on movement, performance and social activities, and will build on the workshops and events which are already underway in the theatre and its Stage Two learning and participation centre.

People can donate to the appeal in buckets and collection tins over the pantomime season or online at www.theatreroyalnorwich.co.uk

Stephen Crocker, the theatre’s chief executive, said: “According to the latest projections, our older population is set to increase at a faster rate than the rest of England. That increase of over 50,000 people is set to be greatest among those in the 65 and over age range.

“We feel it is very important to be able to offer them opportunities which give the chance to learn new skills, boost self-esteem, and help to remove isolation by nurturing friendships and companionship.”

The appeal is being backed by David Gant, who plays Baron Hardup in this year’s Norwich Theatre Royal pantomime Cinderella.

He said: “I wanted to support the appeal because I am 77 years old and an old-age-pensioner myself. I am lucky as I have my health but there are others who are not as fortunate as I and they need our help.

“The Theatre Royal is already involved in a number of projects with older people and it is exciting that this work is being extended.

“It already operates Theatre Cares which is a programme of activities for people with dementia, their family and carers.

“There is also the Community Choir which speaks, or rather sings, for itself. It is full of energetic people who just get together and sing. There is no restriction on age.

“If you fill up your lungs with air and just let rip with Shakespeare, Ibsen, Richard Gauntlett or singing, it does your body good. It gets the adrenalin going and makes you feel alive.”

Last year’s Norwich Theatre Royal Christmas Appeal raised around £16,000 which was invested in work to help those with mental health problems, with a focus on homelessness.

To give to the Norwich Theatre Royal Christmas Appeal, log onto ntr.org.uk/ChristmasAppeal19.