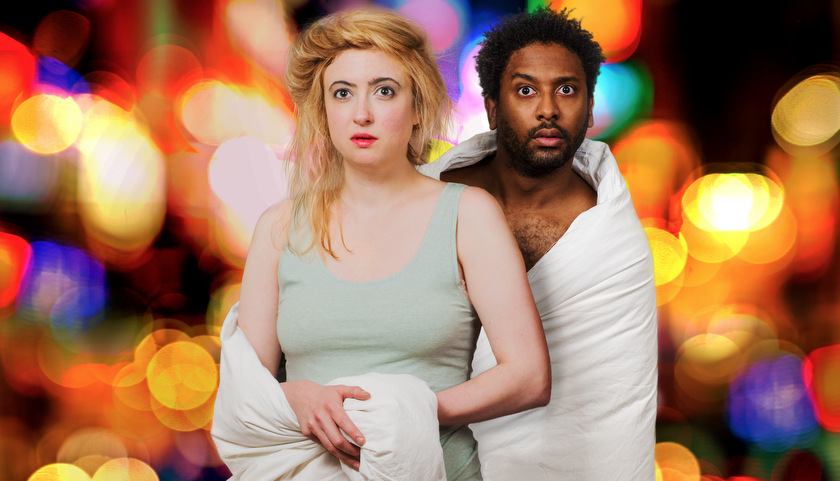 This spring, the New Wolsey Theatre will present the premiere of Our Blue Heaven, a brand new musical in celebration of 40 years since Ipswich Town’s historic FA Cup Victory. The production runs from Friday 4th to Saturday 26th May.

With a hasty wedding, a first birth and missing tickets to contend with, will our mad-keen Ipswich fans make it to the final? Can the town navigate the frozen pitch at Bristol Rovers, the rioting Millwall supporters at the Den, dodgy refereeing at Villa Park and make it all the way to Wembley? Created from the heart-warming memories of super blues fans themselves, with a live soundtrack of chart hits from ’78, join Bobby and his Blue Army on this nostalgic trip down Wembley Way.

Based on a 1920’s real life case, this dark classic was filmed by Alfred Hitchcock in 1948 and remains to this day one of the most tightly coiled of thrillers. Chilling and spine-tinglingly gripping, this production will be co-produced with Queen’s Theatre Hornchurch, who last collaborated with the New Wolsey for the classic Ealing comedy The Ladykillers.

Nottingham Playhouse Theatre will produce the third Ramps on the Moon touring production. Our Country’s Good which will tour to Birmingham, Nottingham, Leeds, Sheffield and London. The production will arrive in Ipswich from Wednesday 28th March  to Saturday 7th April.

Both a comedy and powerful drama, Our Country’s Good tells the extraordinary true story of a group of convicts and a young officer who rehearse and perform a play – Australia’s first theatrical production. With opposition from the officers and a leading lady who may be hanged, the odds are stacked against them.

The New Wolsey Theatre and fingersmiths co-produce John Godber’s award-winning comedy Up ‘n’ Under. The Wheatsheaf Arms amateur rugby league team have never won a game. They don’t have enough players and they have no kit. Can Arthur, our hero, coach them to beat the mighty Cobblers Arms in the cup final?

The production, showing from Wednesday 7th to Saturday 10th February, will be given a fingersmiths’ spin featuring a cast of Deaf and hearing actors using British Sign Language and spoken English.

Oliver Award-nominated actress Josette Bushell-Mingo mixes story and song as she draws together tales from the life of Nina Simone and her own extraordinary career from Tuesday 20th Thursday 22nd February with Nina – A Story About Me and Nina Simone.

Snapdragon Productions and The Watermill Theatre present an award-winning, punchy new musical that race through the dark and damaged world of post-war London: a brand new Britain bombed to bits by the Blitz, belts tight with austerity, but ripe and ready for revolution with Teddy from Monday 19th to Saturday 24th March.

A collaboration from Les Théâtres de la Ville de Luxembourg, Queen’s Theatre Hornchurch and Selladoor Productions will mark the 80th anniversary of the Kindertransport and 25 years since the play was written by Diana Samuels. This deeply moving and timely modern classic will take to the New Wolsey Theatre stage from Tuesday 17th to Saturday 21st April as a part of its National Tour in 2018.

From Tuesday 24th to Saturday 28th April, English Touring Theatre Company will return following the success of Silver Lining and Rules For Living in 2017, with a bold revival of Tennessee Williams’ timeless masterpiece A Streetcar Named Desire. Stanley Kowalski’s entire way of life is threatened by the arrival of his anxious, seductive and fiercely clever sister-in-law Blanche. This raging portrayal explores what is means to be an outsider, in a society where we’re all desperate to belong.

Performances for children and families include: M6 Theatre with Mike Kenny’s A Tiger’s Tale; an interactive performance with Little Howard’s Big Show for Kids; one for all the family with Mark Thompson’s Spectacular Science Show featuring vortex generating dustbins, vanishing bears and exploding Pringles tubes.

Kid Carpet return with Noisy Holiday; a performance from the characters of the BAFTA Award-winning CBeebies show with Sarah and Duck; an adaption of the popular children’s book Captain Flinn and the Magic Cutlass; and Full House Theatre with a story based around Edward Lear’s poem The Owl and The Pussycat.

There will also be plenty of music and comedy to entertain throughout the season. Appearances include The Magic Flute, Duke’s Comedy Club, A Salute to Sinatra and the Swing Legends, Graffiti Classics; Judy and Liza, Dad’s Army Radio Show, This Is Going to Hurt (The Secret Diary of a Junior Doctor) and the return of Si Cranstoun with Twisting the Night Away.