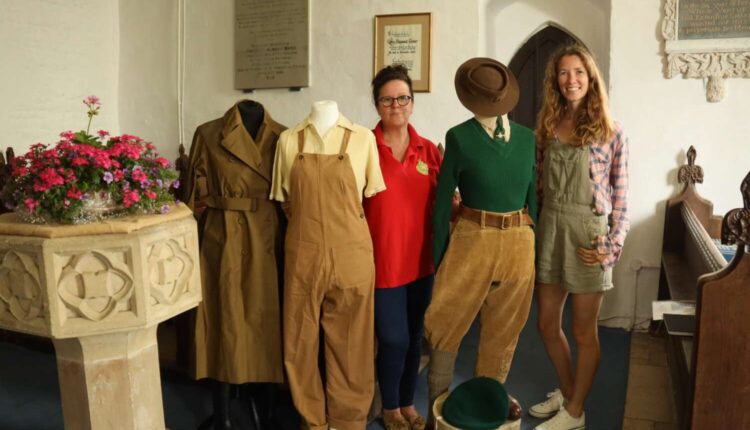 A new documentary about the Women’s Land Army in Suffolk has been launched at Suffolk Archives to uncover their untold history from World War II.

‘The Land Girls and Horses of Suffolk’ was created by Suffolk-based videographer Holly Brega, who was inspired to make the documentary after discovering that her own grandmother was a Suffolk Land Girl.

The film is a lasting legacy of the women and horses, especially the Suffolk Punches, that worked the land during World War II as part of the Women’s Land Army. It was filmed on location across the county including local museums and open farmland.

Holly Brega, Videographer, said: “This documentary film is important because the part these amazing women and horses played in the Second World War needs to never be forgotten and I want to inspire the next generation to develop an interest in these subjects which go hand in hand but are not often taught at school or seen on TV so I feel it is my duty as a story teller to share.”

The documentary features local historians and experts including Nicky Reynolds who has dedicated more than 25 years to researching the Women’s Land Army and Nigel Oakley, an expert on Suffolk Punch horses.

While making the film Holly contacted the team at Suffolk Archives, who have been working with Nicky and another local Women’s Land Army expert Vicky Abbott on the Soil Sisters project since 2019. Volunteers have been hard at work researching the stories of the women who served in the county, the places they lived and worked, the jobs that they did, the dangers they faced, and the fun they had.

Soil Sisters is a Sharing Suffolk Stories project, part of a countywide programme of activities running alongside the development of The Hold and is supported by The National Lottery Heritage Fund. As part of the project there is an online display of the Soil Sisters research and an interactive map of locations where they served in the county.

Cllr Andrew Reid, Cabinet Member for Heritage at Suffolk County Council, said: “Soil Sisters, and all of the Sharing Suffolk Stories projects, enable local people to learn more about where they live and share this research. It encourages people to delve into our archives and uncover the unique stories of the people, places and events in Suffolk. This documentary is a fantastic way to tell just some of these stories, and for the history of Suffolk Land Girls to live on.”

A launch event for the film at The Hold in Ipswich included a display of original Land Army uniforms, documents and photographs kindly supplied by Nicky Reynolds. Items from her collection are also on display at The Hold in the ‘Women Don’t Do Such Things!’ exhibition, which is open until 19 June.

There will also be the opportunity to see ‘The Land Girls and Horses of Suffolk’ film and a display of Women’s Land Army uniforms at Bury St Edmunds Guildhall on Saturday 26 March. The event is part of the ‘Ration Books to Rock ‘n’ Roll’ exhibition at the Guildhall from 26 March – 10 April and free tickets can be booked through the Suffolk Archives website. The documentary film will also be made available online later in the year.

Visitors can also hear from Nicky Reynolds about her research on the Women’s Timber Corps in Suffolk at Suffolk Archives in Bury St Edmunds on Wednesday 16 March. Tickets can be booked on Suffolk Archives’ Ticketsource page.