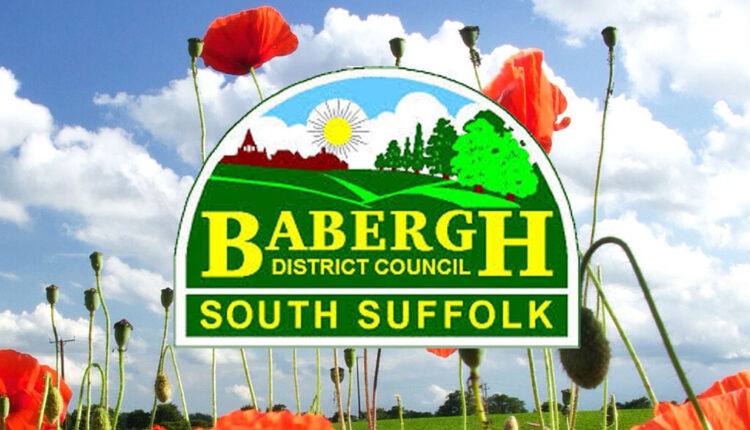 Cllr Osborne, who represents Sudbury South East, was elected the new Chairman at Babergh’s Annual Council meeting held on 25 May 2021. He succeeds Cllr Kathryn Grandon who served as Chair for two terms, due to the Covid pandemic. She was supported by Cllr Osborne as Vice-Chairman during her term in office.

Cllr Kathryn Grandon was elected to serve as the new Vice-Chairman of the Council.

As Chairman, Cllr Osborne has selected the Kernos Centre as his charity for the year. Based in Sudbury, the centre provides professional counselling and psychotherapy to residents who do not have access to NHS counselling and who do not have the finance to pay for private support. Since the charity’s inception there has been a steady increase in the number of residents, aged between 6 – 93 years old, using the service.

“I am deeply honoured to serve the council and the residents of Babergh as Chairman of the council for the coming year. I have chosen Kernos as my charity for the fantastic work they do.  Mental health support and counselling required to cope with difficult situations should not have to come with a price tag. I want our residents and beyond to know that help is available and there is always someone they can talk to.”

I would also like to thank the outgoing Chairman, Cllr Kathryn Grandon who has served the council with a lot of charm and dignity during her two years in office, during a very difficult time. However, she rose to the challenge with style and grace.”

Cllr Adrian Osborne was first elected to Babergh District Council in 2007. He has served three terms as Vice-Chairman as well as being on the Council’s Planning Committee, Overview & Scrutiny Committee and the Suffolk Joint Standards Board.