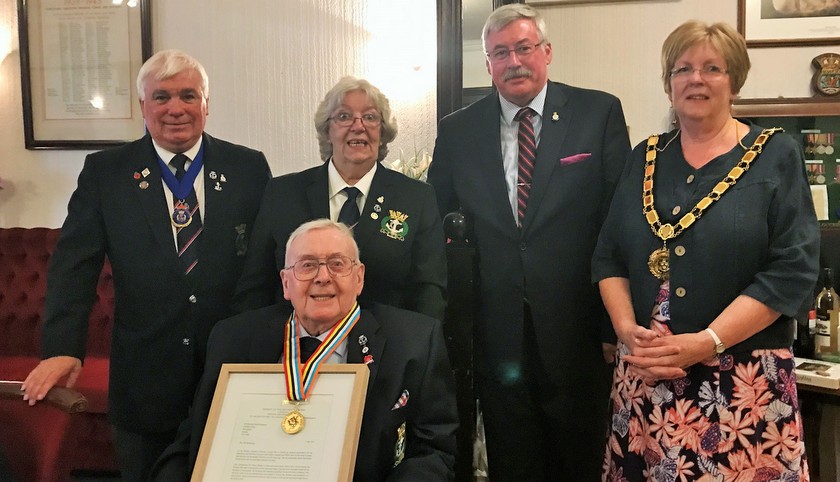 65 years after having returned home from the Korean War, Stowmarket navy veteran, Malcolm Robertson has been recognised by the Republic of Korea with the award of their Ambassador for Peace Medal, for his service during the war, which lasted from June 1950 until July 1953.

Malcolm, who joined the Royal Navy as a Boy Seaman at HMS Ganges, Shotley in 1949, served in Korea between 1950 and 1952 on the aircraft carriers HMS Triumph and HMS Glory, and on Saturday 5th August, among family, friends and shipmates, he was presented with his medal by Tim Jarvis, Chair of Area 5 Royal Naval Association.

In recognition of the award, Captain Seungeon Ji, Defence Attaché at the Embassy of the Republic of Korea in London, wrote a personal letter to Malcolm, which read,

“The Ambassador for Peace Medal is bestowed upon those whom have served during the Korean War and is recognition of the enduring legacy you and your comrades made for the freedom of our people.  All Koreans feel immense gratitude toward the brave veterans, who stood by with us in our darkest hour and fought to secure the freedom and prosperity we enjoy today.  And by word and deed we work to honour you and the sacrifices made during the Korean War.”