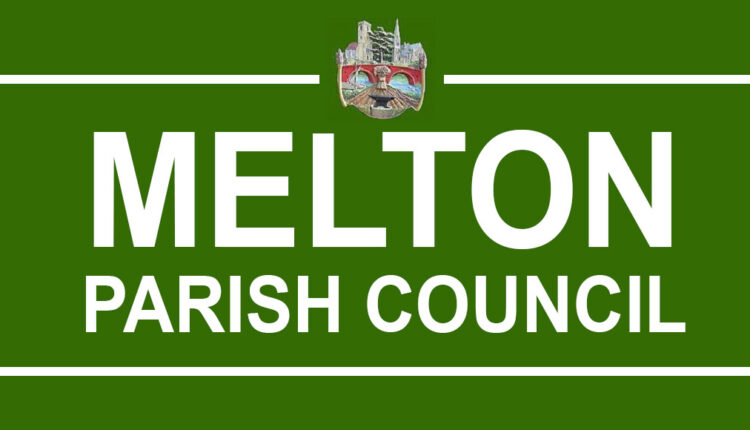 A Note from Chairman Alan Porter

Happy New Year to all my readers.I seem to be reaching a larger audience through InTouch and have received some good feedback from readers and quite a few emails that I have been following up. Thank you for your support and interest. We had the verge along Melton Road cleared at the end of November 2020.

The footpath had become very narrow as the vegetation from our land was creeping across the pavement making it only usable in single file. The contractors removed the vegetation to the edge of the pavement, and I think they did a great job.

The annual hedge cutting at the beginning of December was done by our regular green space contractor. We always wait until long after bird nesting season. They were only able to do the roadside initially as the ground was too wet to take heavy vehicles onto the playing field. The remaining work will be carried out later this month.

A new shield was fitted to the beacon at the playing field and along with the other roundels looks splendid. The resurfacing of the car park and extension of the path to the pavilion will be an adjunct of the pavilion project later this year. We intend to mark out the spaces properly. The car park is currently an odd shape where visitors seem to park randomly, and the resurfacing is long overdue. I remember it being mentioned when I first became a councillor 10 years ago, so now at last we are doing something about it.

CCTV has shown some quite disturbing anti-social behaviour, even to the extent where there were shenanigans just before midnight on Christmas night. You would think people would have better places to be. However, since we installed CCTV, the level of anti-social behaviour is less than it was.

The new pavilion is in the final phase of public consultation and even appeared in the EADT. Most of the feedback we have received has been positive. At last, we can move ahead and get something done as the building is in a very poor state now. This has been made worse by the fact that half of the roof felt blew on a very windy night off last year.

One topic I must mention is the fate of the fete. With so much uncertainty, even with a vaccine, it seems highly unlikely we will be able to commit to going ahead with any plans for a fete this year.

Apart from anything else, as things stand, the pavilion would be out of commission and that has always been our focal point where we gather with friends old and new.

Sadly, that doesn’t seem at all likely to happen this summer and it’s best to let people know now. The good news is that there are plans afoot for a four day Bank Holiday weekend in early June 2022 and we could start planning now for the next fete to be held in 2022.

The reason for the celebration is the Queen’s Platinum Jubilee and this is a golden opportunity for Melton because our first fete was held on the Queen’s Diamond Jubilee in 2012. The icing on the cake would be to plan the grand opening of the new pavilion!

Of course, it is not just up to Melton Parish Council to help run the fete so we will be looking for other helpers in the local community. See, there is light at the end of the tunnel!

What Links Goseford, A Local Abolitionist and Home-Start?