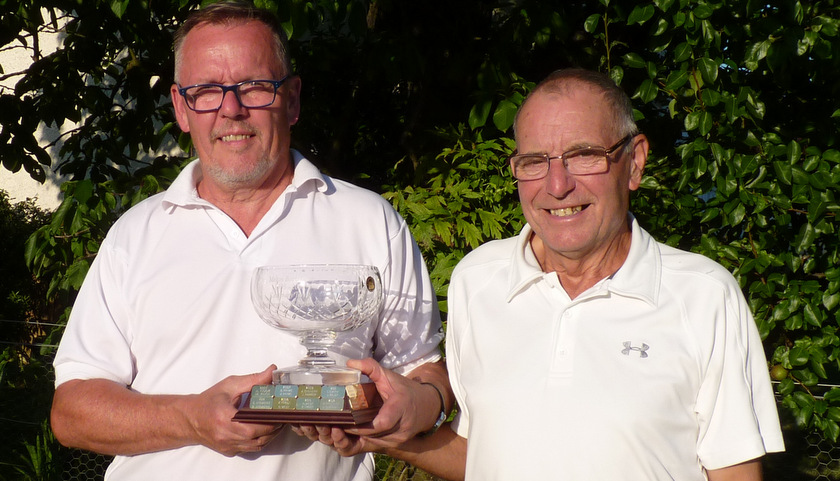 Melton Bowls Club Invitation Pairs Tournament, sponsored by The Cake Shop, Woodbridge, was won for the second year running by Mark Baker and Darrell Howard (pictured) from the host club. The runners-up were Mary Gillam and Dave Austin and in third place, were Mel Saggers and Eric Titshall.

The tournament attracted a full complement of 28 pairs and is played using Australian rules with a progressively increasing points system. This has proved so popular that the event has become a firm favourite in the tournament calendar.

With only one game remaining to be played by each team, Gillam and Austin held a convincing lead over the field on 72 points with only Rosemary and Bob Manning close on 69 points. A good win by either of these teams would have secured overall victory, but unfortunately they were drawn to play each other.

As expected a tight even game resulted which Gillam and Austin won but took only 25 points to set a modest target for the field of 97 points. There were a number of teams who were close enough to take advantage with good wins in their last games, but it was only Baker and Howard who managed it.

They were back in eighth place on 55 points and had an excellent win against A Glassock, taking 43 points to card a total of 98 points, a single point ahead of Gillam and Austin. Saggers and Titshall also had a good win over K Thornley in their last game to move them up from first place to take third spot.

After the games, the tournament manager, Peter Moyes and the president of Melton Bowls Club, Gavin Abbott, presented the winners with the Woodbridge Cake Shop trophy and prize money to the first, second and third placed pairs.