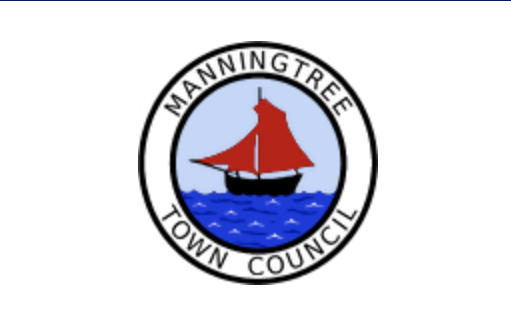 Welcome to our first in-person town assembly meeting for two years. It is fantastic to be back and at a brand-new venue.

This past 12 months have been full of challenges for everyone, but it is great to see that community spirit is alive and well in Manningtree

2021 began in lockdown and we met online until May when socially distanced and limited capacity meetings resumed at the Methodist Church Hall. I took over as mayor from Cllr Ruth Stocks in June and have enjoyed the support of my fellow councillors over a very interesting period in our small town’s history. Ruth’s support as deputy mayor has been invaluable.

We welcomed our new clerk, Jennifer Spear, in July, following the resignation Line Djuve-Wood, who has moved onto a bigger council where she has told us she is relishing the new challenges. She is missed but has left us in extremely capable hands.

As the country went in and out of restrictions, the town council was busily working behind the scenes and is pleased to report that we achieved Plastic Free Status recognition from Surfers Against Sewage in autumn 2021.

Once again, our flower tubs have been replanted with summer and winter insect-friendly plants and peat-free compost. Our thanks must go to Cllr Sharon Barker for being instrumental in sourcing the right flowers and steering Craft Nurseries to ensure our needs are met when the tubs are planted.

Cllr Barker, along with Cllrs Liz Dunnett and Ben Brown and their intrepid team of street keeper volunteers, have created our wildlife garden on the green on Quay Street, which is bursting into bloom and becoming a real focal point in the area, especially with the recently erected sign marking the 50th anniversary of the Manningtree & Frankenberg Partnership Association and our towns’ enduring friendships. We look forward to welcoming visitors from Germany later this year.

Newly erected wooden posts around the green have helped to prevent further damage to the grass, and we are exploring the addition of a path to further maintain the integrity of the grassed area. Thanks, must also go to the fire station for keeping it well watered.

Following the success of a six-month trial, Manningtree is now glyphosate free, and the street keepers can be seen every Monday morning. They are always on the lookout for volunteers, so please contact the clerk or Cllr Barker if you are interested in finding out more.

In July, we hosted members of the Lucas family at the war memorial as we honoured the sacrifice of George Lucas, a Manningtree lad who was killed when his sailing barge, The Blue Mermaid, was struck by a mine on 9 July 1941 just off the Clacton coast. His name was added to the freshly cleaned war memorial in time for the pared down and revamped Remembrance Day Service on Sunday 14November. We hope normal services will resume with a parade this year and that we can continue with the multi-faith approach that was so well received in 2021.

Bekki Bibko, on behalf of PACE (Practical Actions for Climate & the Environment) and Surfers Against Sewage, accepted our annual award in October, when we could once again freely meet to present it. The award was in recognition of efforts to make Manningtree a plastic free town.

The council has made payments to various local organisations including Age Concern, Dedham Vale AONB, Essex and Herts Air Ambulance, the Royal British Legion and many more.

In 2022, we have, so far, welcomed a new councillor, Alec Marsh, coordinated the replacement of four benches on the beach and, more recently, one outside Boots. We are continuing to replace blown lamps in our lampposts and added a beach toy library on the beach. It is extremely well used and a popular addition to our beach area. We are awaiting a fresh delivery of sand for 2022. Our thanks go to Salvage Stitch and Restore who made the toy library for us

The Witchfinder trail was unveiled in February and visits several locations in Manningtree. Whilst it is likely to be a short-term project, it has been well received. It tells the story of the 16th century women who lived, worked and died because of being branded witches.

Looking forward to the rest of the year, we will support the Manningtree Mermaids with their protests about water quality, which coincides with the Surfers Against Sewage National Day of Action, and the council is midway through planning a beach party and candlelight parade to commemorate the Queens Platinum Jubilee on June 2.

Councillors will support the Earth Festival on June 26, which is due to take place in the town. Later in the year, we look forward to rededicating the war memorial and planning the Remembrance Day parade.

Another bench is planned for the beach area, and we look forward to welcoming new businesses into the town, supporting existing businesses and wishing those who have recently retired, Townsends and De’aths, all the best in their retirements.

Manningtree is a lovely little town to live in and visit and we really do love where we live.