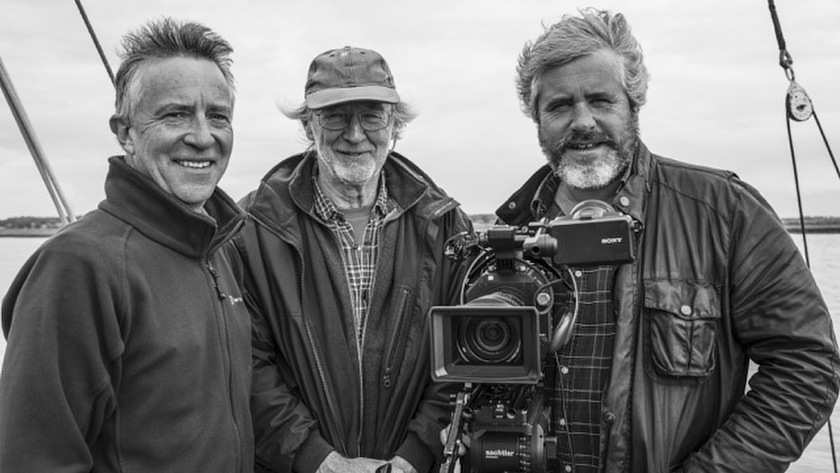 Life On The Deben

Life on the Deben, a feature-length documentary film to be premiered in Woodbridge this December, uncovers astonishing new interpretations of the river’s history, from the latest findings on the Anglo Saxon period to evidence of an extensive medieval port at the river’s mouth. As well as exploring the past, the film will look at how the river’s future can be protected.

Journalist John McCarthy and Woodbridge based film-maker Tim Curtis (pictured left and right with film producer Malcolm Hodd in the middle) trace the entire length of the Deben, from the secret and disputed upper tributaries near Debenham, through the little known reaches above Melton, down to the ever changing estuary from Woodbridge to Bawdsey and Felixstowe Ferry.

The beauty of this Suffolk river is revealed with stunning drone footage. The chronology of the river is explored from Celtic times to the present day. McCarthy speaks to the detectorists and archaeologists who reveal the significance of new finds at Rendlesham that place the Deben at the heart of one of England’s great early kingdoms.

“These discoveries are of the highest importance, changing our ideas of south east Suffolk, the East Anglian kingdom, early England, and their wider place in the North Sea world.”

With the help of experts and the people living along its banks, the film tells the stories and explores the issues that affect the Deben: wildlife and conservation, boat building, sailing, farming, fishing, milling and even smuggling.

Life on the Deben considers not just man’s influence on the river, but the river’s influence on man. Artists, writers and musicians – past and present – the film shows how the river has inspired their work. Scientists and politicians forecast the future and describe the battle to safeguard the river’s renowned but threatened tranquility.

“I lived beside and sailed on the Deben for many years and loved it for all its tranquil beauty. But I’d never appreciated the hidden depths, historical and natural that we’ve discovered making the film. It’s even more magical a place than I’d ever imagined.”

Two years in the making in association with Woodbridge Riverside Trust charity (WRT), the film’s producer and WRT trustee Malcolm Hodd comments: “We believe this is the most comprehensive review of the whole River Deben ever made, a call to protect this amazing asset for future generations.”

The film will be released at the Riverside Cinema, Woodbridge on Sunday 3rd December and will be available on DVD and BluRay. Profits will be donated to the trust charity.

The Longboat Has Landed