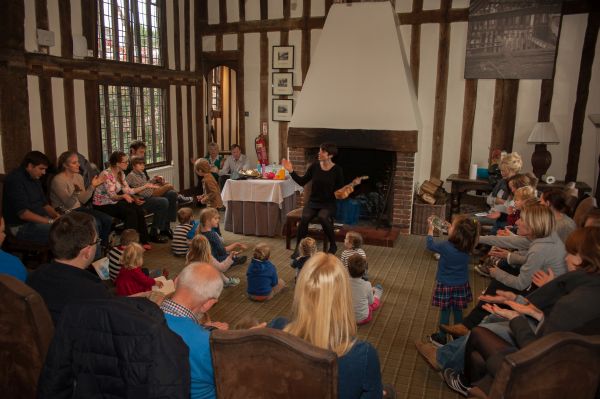 There’s an exciting line-up of well-loved authors and illustrators in the second Lavenham Children’s Book Festival on October 20 and 21. The programme is aimed at children aged three up to 12, featuring tales about an angry dragon, Greek gods, a girl detective, East Anglian legends and an unusual uncle. There’s story-telling, how-to-draw sessions, creative writing workshops and the festival ends with a very special musical event.

Among those taking part are the Radio 4 broadcaster Zeb Soanes with illustrator James Mayhew and their book Gaspard the Fox, the story of a real fox befriended by Zeb near his London flat. A.L. Kennedy, Costa Book Award winner and writer of adult fiction and non-fiction, tells the tale of eccentric Uncle Shawn and Bill.

Bridget Holding, tutor in creative writing at Exeter University and founder of Wild Words is running two half-day creative writing workshops for children aged six-10 and 11-16. Kevin Crossley-Holland, translator of Beowulf from the Anglo-Saxon and a patron of the Society for Storytelling, will be entrancing his audience with myths and legends of the Vikings in Between Worlds.

The festival ends with a very special experience for all the family. James Mayhew, who runs a series of concerts for children in venues including the Barbican and the Royal Albert Hall, joins forces with local professional musicians Yalda Davis (cello) and James Recknell (pianist) to illustrate stories accompanies by live music.