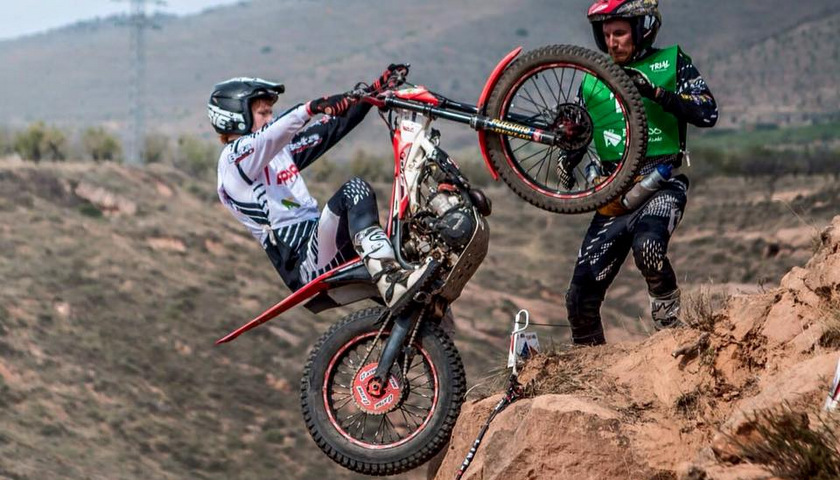 It is appropriate to look back at 2017 and forward to what 2018 might hold for Sproughton’s trials motorcyclist.

The main focus has been the British Senior Championships, which comprised eight events in various parts of the United Kingdom, but none of course in East Anglia where there are no venues capable of hosting such events. In fact, Jack’s nearest suitably challenging practice areas are located in wilder parts of Derbyshire and Yorkshire, rather a long way to go just for a few hours.

The series went well until the very last round. Jack was on the cusp of winning the British title when a vital brake component failed and the resultant loss of safe performance dropped him into second place.

Another very important occasion was the famous Scottish Six-Day Trial, reckoned to be the most challenging motorcycle trials event in the world. Three hundred of the best riders from almost 20 countries converge on Fort William for a week during which competitors cover something like 100 miles a day over very rough and remote terrain. It is not unknown for riders to get lost on the moors, and woe-betide the rider who falls flat in a snow-melt stream on day one!

The winner was Dougie Lampkin, for the eleventh time! Jack came fourth, missing a podium place by just one point. He did, however, win one of the days outright. Chanel 79 has recently (December) screened a series of programmes about the event as seen through the eyes of comedian Ross Noble who found it rather difficult and finished in 260th place.

After several years riding Beta machines, Jack has parted on friendly terms with the company and has been recruited by another Italian company, Sherko. He is contracted to compete in the British Championships and also in several other major events during the year. There is no suggestion that he should ride in World or European competitions. Readers may recall that Jack held both World and European titles as a youth rider in his late teens.

He has, however, been invited to compete in the New Zealand Three-Day Trial later in 2018.  This is a prestigious event which he has won twice before, so he is keen to return. It would mean staying on the other side of the world for a few weeks, during which he would revisit Australia to ride and probably hold a few trials schools.