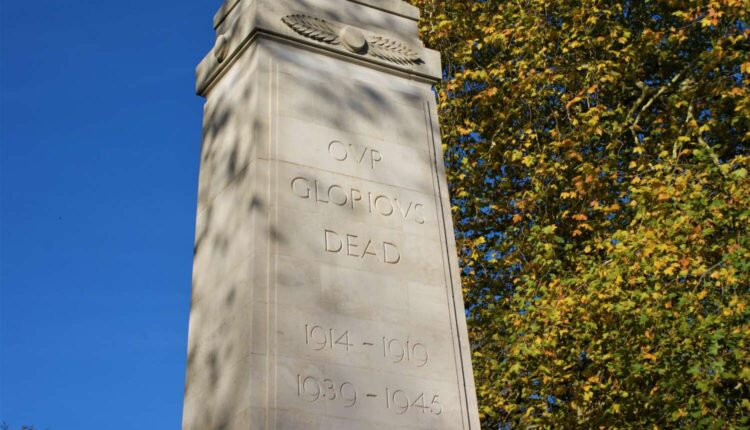 Ipswich remembers: service to go ahead on Remembrance Sunday

The annual Ipswich Remembrance service organised by the Royal British Legion and Ipswich Borough Council will take place at the Cenotaph in Christchurch Park on Sunday 14 November 2021.

Last year the event took place on a much smaller scale due to COVID-19 restrictions, but this year it will return to its traditional format with members of the public invited to take part and pay their respects.

BBC Radio Suffolk will be providing on air coverage of the service, meaning residents can choose to listen from home.

The service will start at 10.50am and will be attended by veterans, civic leaders, cadets and members of the public.

After the service, the Mayor, Cllr Elizabeth Hughes and the Deputy Lord Lieutenant of Suffolk, Jamie Lowther-Pinkerton, will take the salute at the March Past.

On Thursday 11 November at 11am, local schoolchildren will join veterans at the Fields of Honour in the Old Cemetery for a service of remembrance. Each child will lay a poppy at the grave of those who made the ultimate sacrifice for their country. At the same time, other local school children will lay poppy crosses at the Cenotaph in Christchurch Park for a special service organised by the Royal British Legion. The sounding of maroons will mark the start and end of the two-minute silence.

The Mayor of Ipswich, Cllr Elizabeth Hughes, said: “Last year, to protect the health of the most vulnerable in our community, including our older veterans, we had to limit attendees at the Remembrance Sunday service. This year, we are pleased to be able to commemorate in the traditional way by coming together in person to honour the memory of those who made the ultimate sacrifice and thank veterans and those actively serving in our Armed Forces.

“COVID-19 is still with us and preventing the spread of the virus remains a priority, that’s why we will be asking those attending to take extra care by maintaining a safe distance from others and wearing face coverings in crowded areas. If you are not feeling well on the day and have COVID-19 symptoms you should stay at home, self-isolate and take a test.”

Residents are also able to support this year’s Poppy Appeal, which the Mayor helped launch on Saturday 30 October.

“The Royal British Legion is a much-needed organisation, at the forefront of supporting servicemen and their families, and I would urge everyone to buy a poppy and wear it with pride.”

Other remembrance events include a photo exhibition by the Ipswich War Memorial Project which is on display at Ipswich’s Cornhill until Monday 15 November.

Have your say on draft planning documents

Christmas is coming to Ipswich!

Look out for the sticker this Christmas