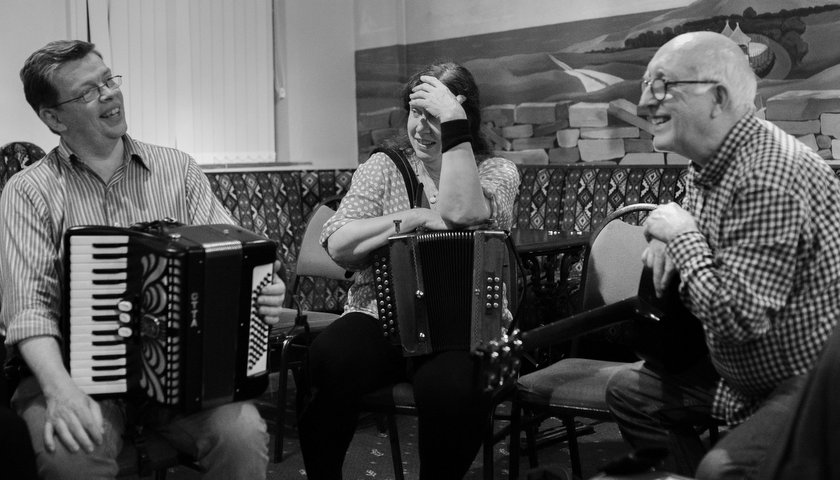 It has been announced that a major traditional Irish music festival is to take place in Stowmarket this spring.

Funding has been confirmed from ‘Culture Ireland’ (an Irish organisation which funds professional Irish musicians appearing in the UK) and from Stowmarket Town Council for the festival which will take place over the weekend of 26th – 28th April this year.

The festival will feature top fiddle, accordion, flute and uilleann pipes players from the west of Ireland, who will perform at concerts in the John Peel Centre as well as giving dance workshops and presentations in various other venues in the town, plus of course lively music sessions in pubs.

The weekend is dedicated to the memory of one of the great Irish fiddle players, Julia Clifford, who learned her music at home in Co. Kerry in an area known as ‘Sliabh Luachra’. Julia moved to London, where she became very well-known and made many recordings, before finally settling in East Anglia where local musicians met and played with her, including the festival organisers.

The festival will be a celebration of her life and music and is appropriately named after one of her tunes ‘I Looked East and I Looked West’ showing her journey from Sliabh Luachra to East Anglia.

Organisers Katie and John Howson say, “This is the largest Irish traditional music festival to be held in the eastern counties and will attract many visitors to Stowmarket, a town which has great facilities for such a festival and hopefully it will give a boost to many local businesses.”

The organisers would be pleased to hear from any who would like to sponsor an event or advertise in the programme.

Tickets are now on sale from  www.katiehowson.co.uk.

The Stars Are Brighter Here