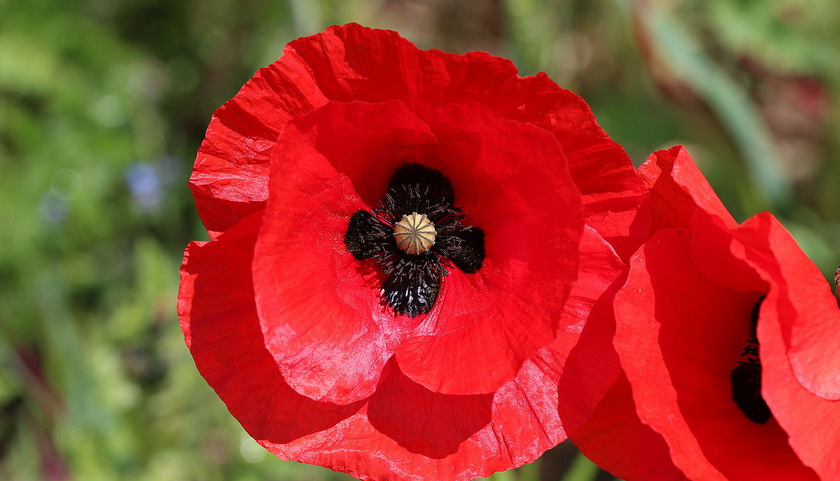 The Heritage Lottery Fund (HLF) awarded £6,200 to Holbrook Primary School’s ‘Poppy Trail’ to mark its former pupils’ contribution in the Battle of Arras in the spring of 1917. Awarded through HLF’s First World War: Then and Now programme, the project commemorates the 100 year anniversary of the First World War One.

Holbrook Primary School has served generations of pupils throughout its 150-year history. On its wall hangs a Roll of Honour paying tribute to former students who fought for their country. Hundreds of thousands of soldiers died in the horrors of the Western Front. Their lives ended there. But what happened to the soldiers who returned? How did they adapt when they returned home? What did they do for a living? How was post-war life on the Shotley Peninsula affected by the experiences of those who served?

The stories of the lives of those who returned are now told as part of a history trail, ‘The Poppy Trail’, a unique living history of the forefathers of Holbrook and surrounding villages.

Many descendants of veterans of the First World War still live in the village today. The Wagstaff family used to run the Sorrel Horse Public House. Victor and Bertie Wagstaff were builders in the village, but also ran the pub. Sadly, Bertie was wounded in action in 1917 and later died of his injuries. The family had to give up running the pub, but continued to build many houses in the village.

On hearing about the HLF grant, Mel Holmes, a great-great niece of Victor Wagstaff, commented,

“Our family feels close ties to our ancestors passed and it is a great honour to hear that our dear Victor and his brother Bertie, who so honourably served in the war, will be remembered in such a way.”

The trail was first launched in July with more than 200 people being guided around the village by Year 5 pupils. The trail’s vision was to be a lasting legacy for Holbrook, celebrating the local men who sacrificed their lives during the First World War.

The trail includes a detailed booklet, created by pupils, with biographies relating to these soldiers and a map with the locations which have been researched. Descriptions written by Year 5 pupils paint a vivid description of what life would have been like in Holbrook during this period.

November’s Poppy Trail was a particularly poignant milestone in history, allowing children to reflect on the sacrifices made by local men during this time of remembrance. An event on November 10 hosted members of Holbrook Society, a local community group, with Year 5 pupils guiding them around Holbrook to the location of the soldiers’ dwellings.

The trail is something which will go on in Holbrook’s history. Trail booklets can be found in Ho20lbrook Co-op and Woody’s. Members of the public are warmly invited to borrow these at any point to walk the trail independently by making a donation towards The Royal British Legion.

A Clean Approach To Chimney Sweeping