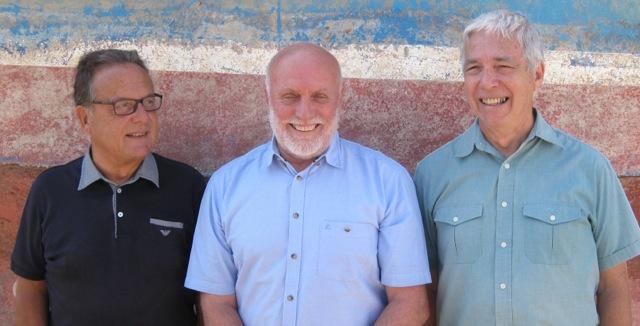 The group, who are based in East Suffolk (Woodbridge, Rendlesham & Southwold) have performed for many local clubs and societies and at village concerts. They have also sung further afield at folk clubs and festivals such as Sidmouth and FolkEast. In October, they were the guests at Sharps, a folk club held at the headquarters of the English Folk Dance and Song near Regents Park.

The Trio all sing and play a range of instruments such as concertinas, guitar, cello, banjo and melodeon. They sing an entertaining mix of East Anglian traditional songs, music hall and a few more recent gems. The band was formed in 2016, after playing together at monthly Thursday sessions at The Harbour Inn, an Adnams pub in Southwold. The CD launch will be held at this venue.

The CD features many songs sung by the well-known local character and retired gamekeeper, Alvar Smith. His broad Suffolk accented songs are a joy to hear. He is joined by Derek Simpson and Rob Neal and together they have recorded some true Suffolk entertainment – Good Company indeed!

Catch them locally on the following dates: